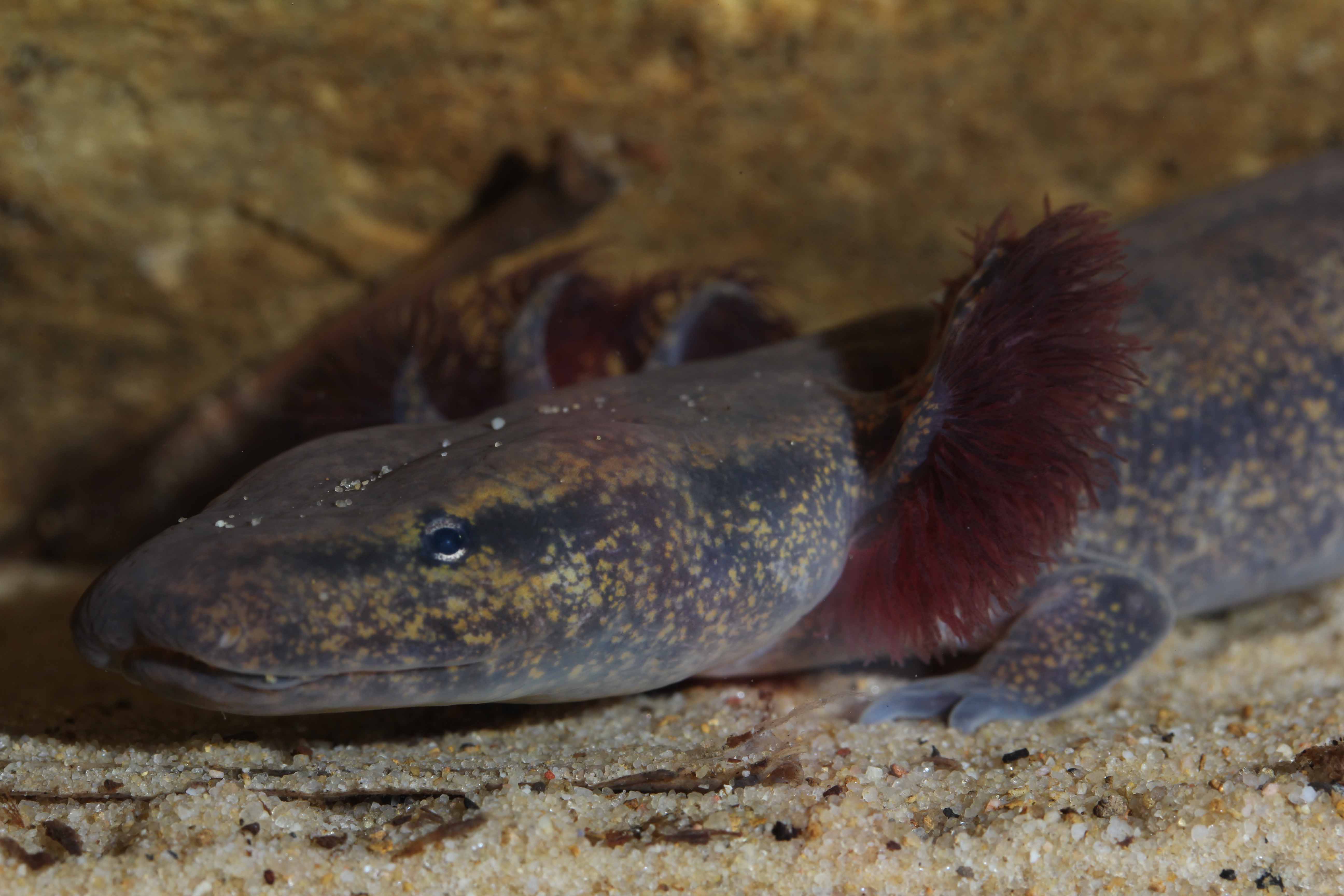 Since 2008, CREW has been working to prevent extinction of one of North America’s most endangered salamander species, the black warrior waterdog. This project has involved the collaborative efforts of the Cincinnati Zoo, Innovative Zoological Solutions and the Cincinnati Museum Center. Initially, our work involved field surveys of Black Warrior Waterdogs in Alabama to estimate population numbers and learn more about the species biology and habitat parameters so that future efforts at captive management and propagation could be optimized. In the years following, our research has expanded to include a large scale phylogenetic study and the establishment of captive assurance populations at CREW. Since 2011, three species of waterdogs (black warrior waterdogs, gulf coast waterdogs and mudpuppies) have been maintained in CREW’s Aquatic Salamander Laboratory.

As waterdogs are fully aquatic salamanders, they require customized life support systems when maintained in captivity. Each tank is maintained on a separate UV, filter and chiller system. Since the Cincinnati Zoo is the Greenest Zoo in America, we took a ‘green’ approach when establishing CREW’s aquatic salamander lab. We have developed what we believe is a novel photoperiod mimicking system for captive environments using solar panels. This advancement in artificial lighting not only emulates natural changes in sunrise and sunset, but also daily intensity variations. As the lab does not have direct access to outside light, it was important that we try to replicate the natural environment. The system negates costs associated with electrical systems, as it runs completely off the grid and uses energy efficient LED lights. Go Green Waterdogs!

This year marked a banner year for CREW’s captive breeding program in that all three species of waterdogs produced eggs. Some of those eggs were fertilized and we are anxiously awaiting the hatching of waterdog babies! Be sure to stay tuned for future blog posts about CREW’s adventures with Waterdogs.