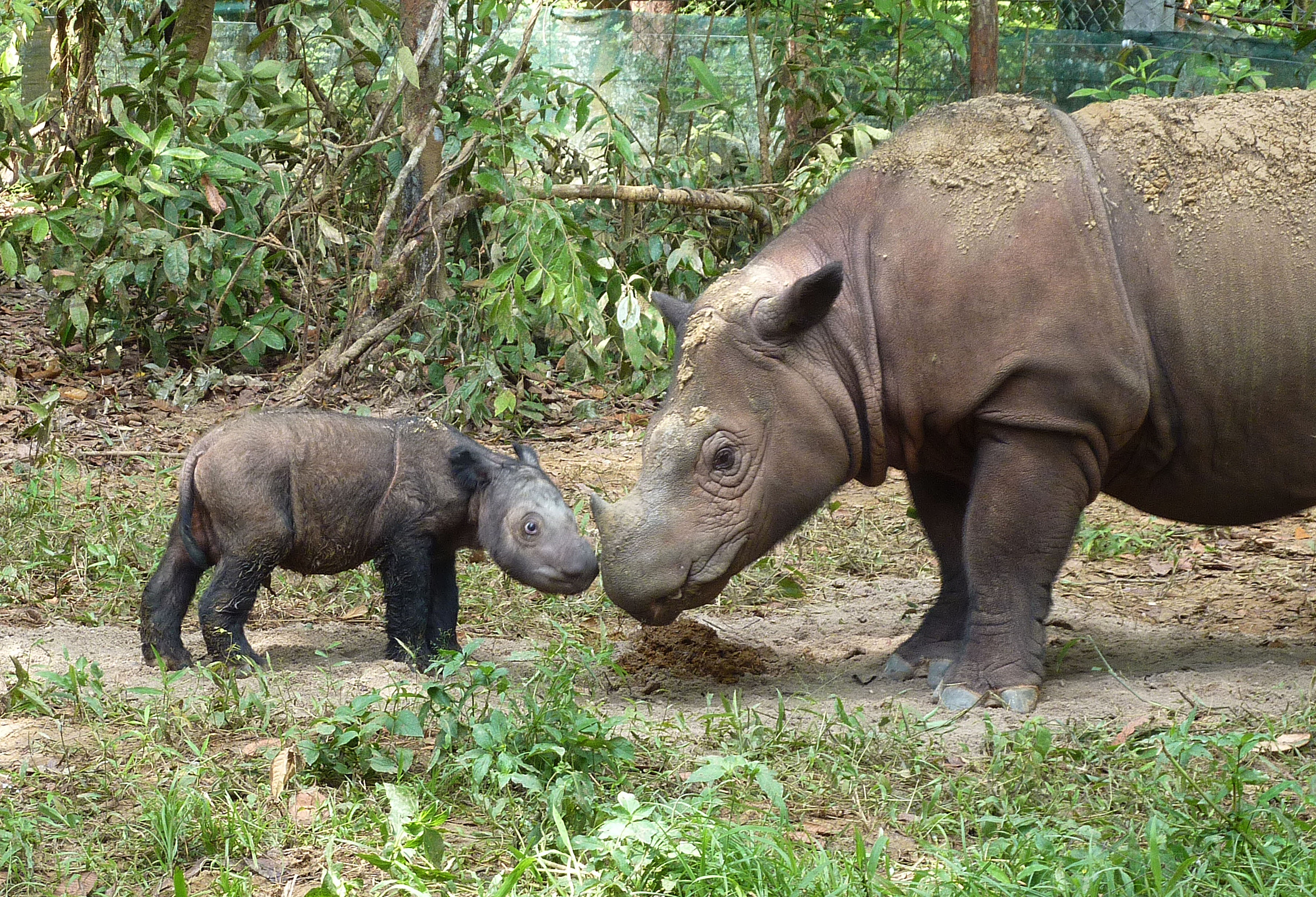 The reason we study the story of the passenger pigeon is not to be sad about its loss, but to be aware. Humans have a great capacity to do good, but we also have the ability to exhaust seemingly endless riches. It is important to recognize the impact we as humans can have on our environment, and take steps to conserve natural resources, both species and habitats, while we can.

The Cincinnati Zoo & Botanical Garden is at the cutting-edge of conservation research and action. From genetic research conducted at the Zoo’s Center for Conservation and Research of Endangered Wildlife (CREW) to the Zoo’s Go Green initiatives you can participate in both at the Zoo and at home, the Cincinnati Zoo is committed to saving endangered plants and animals from extinction in North America and around the world.  Here are just a few examples.

The Sumatran rhinoceros is one of the most endangered animals on the planet, with only about 100 individuals left. CREW’s Signature Sumatran Rhino Project has been a leader in captive breeding efforts for this critically endangered animal since 1997. In 2001, the first Sumatran rhino calf to be born in captivity in 112 years was born at the Cincinnati Zoo, thanks toCREW’s breakthrough research. Since then, two other calves have been born at the Zoo, and in 2007, the Zoo’s first-born rhino calf, Andalas, was relocated to the Sumatran Rhino Sanctuary (SRS) on the island of Sumatra to serve as the catalyst for a breeding program in the species’ native land. A few years later, Andalas’s mate, Ratu, gave birth to a healthy male calf, a huge success for the species!

In addition to its leadership role in the Sumatran rhino captive breeding program, CREW scientists partner with conservation organization Rhino Global Partnerships to protect Sumatran rhinos in the wild by helping to support Rhino Protection Units. These units are trained to protect the rhinos from poachers, the greatest threat to the species. Furthermore, financial support and CREW staff expertise are provided to facilitate the captive breeding program on Sumatra. CREW’s Signature Sumatran Rhino Project, with its international collaboration, is conservation work at its finest.

Western lowland gorillas are critically endangered in the wild, with less than 175,000 individuals. Due primarily to habitat

destruction caused by logging, mineral mining, and agricultural expansion, wild gorilla numbers continue to shrink. The bushmeat trade—the killing of wild animals to be used as human food—is also a major threat to the western lowland gorilla population throughout the Central African rainforests. Over 1,000 gorillas are illegally poached for the bushmeat trade each year.

Another way the Zoo contributes to species conservation worldwide is through support of global initiatives to protect wildlife and minimize human-wildlife conflict. The Zoo provides funding to support Rebuilding the Pride, a community-based conservation program that combines tradition and modern technology to restore a healthy lion population while reducing the loss of livestock to lions in Kenya’s South Rift Valley.

Local Maasai research assistants track the movement of both livestock and lions in an effort to understand seasonal movements and identify conflict hotspots. Some of the lions have been fitted with Global Positioning System (GPS) collars for better tracking. The collars transmit four locations a day to a central server, giving detailed information on the exact movement of the lions. Knowing where the prides are lets herders know where to avoid grazing their livestock.

The program also deploys a Conflict Response Team to mitigate any conflicts that arise between people and lions. When herders must move through areas with lions, they call on community game scouts to accompany them for extra protection. The team also helps find and rescue lost livestock that would have otherwise fallen victim to predation.

Thanks to these efforts, lion populations in the region are growing. Once down to a low of about 10 known lions in the area, the population is now estimated to be nearly 70. The prides have been producing cubs and new lions are moving in from surrounding areas. The Rebuilding the Pride program has greatly contributed to the robustness of the lion population, minimized human-wildlife conflict, and become a strong community-based conservation program.

To read the other posts in this series, click here. Join us in April as we celebrate Earth Day and community activism!