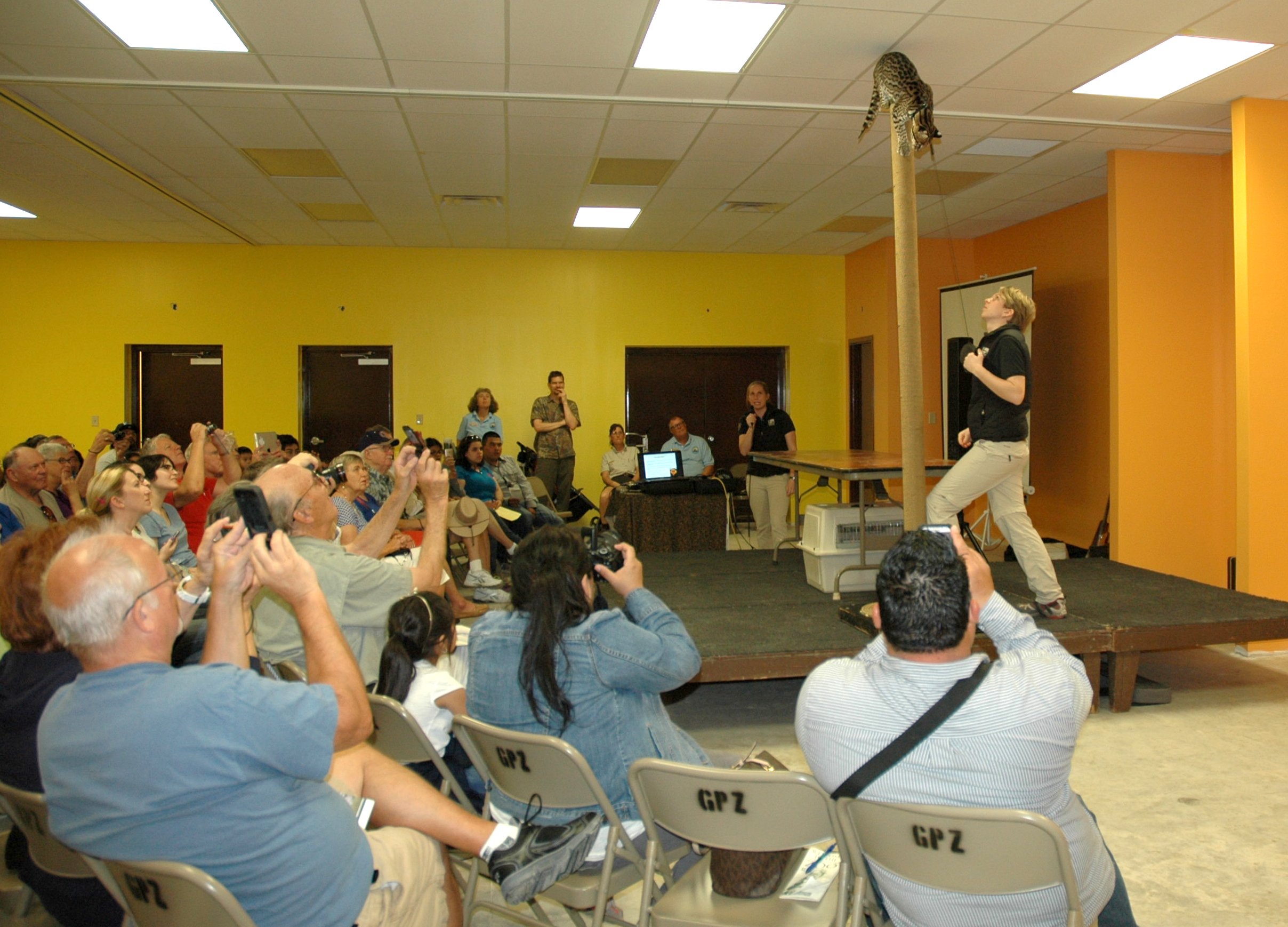 Last week, Sihil, the Zoo’s 14-year-old ambassador ocelot, showed off her spots at an Ocelot Conservation Day Festival held in Brownsville, Texas. The U.S. Fish and Wildlife Service (FWS), the Friends of Laguna Atascosa National Wildlife Refuge and the Gladys Porter Zoo hosted the event to highlight ocelots, which are native to South Texas.

In the United States, ocelots once roamed throughout Texas and into Arkansas and Louisiana. Today, fewer than 50 wild ocelots remain in the country, deep in South Texas. One of two known Texas populations survives on the Laguna Atascosa National Wildlife Refuge. Since 1997, the annual ocelot festival has helped educate thousands of people about the importance of conserving ocelots and what they can to do help. Nothing impacts the audience more than experiencing a real live ocelot, which is where Sihil comes in.

The Cincinnati Zoo’s Cat Ambassador Program is one of the few programs in the country that trains and works with ocelots to display natural behaviors for large audiences. Since 2007, Sihil and her trainers have traveled to Texas each year to appear at the festival. Having recently taken on a new role as the Education Advisor for the AZA’s Ocelot Species Survival Plan (SSP), I was fortunate to be able to tag along this year to learn more about Texas ocelot conservation and meet the people I’ll be working with on it in person.

After packing up the Cat Ambassador Program van with everything to meet Sihil’s needs for the week-long trip, which included a travel crate, her larger mobile “condo” crate, a cooler packed with raw meat and bones, plenty of kibble and enrichment items (aka toys) and more, we hit the road.

Sihil is a champion traveler. She slept a lot, which cats are known to do, so that I often forgot she was even there (despite the persistent ocelot scent that lingered in the van) until she let out a low, raspy meow to remind us when it was close to snack time. After two days of travel, we arrived at our cabin at Cactus Creek Ranch and prepared for the next two days’ events.

The first order of business was an appearance at the Cameron County Office in downtown Brownsville. FWS staff briefed the Cameron County employees on the issues facing ocelots in their area and talked about ways they could work together to solve them. For example, FWS and the Texas Department of Transportation are teaming up to install wildlife crossings on highways to prevent ocelot road mortality, one of the major problems they face. Next, it was Sihil’s turn to impress the audience, working with her trainer, Alicia Sampson, while Wendy Rice, the other trainer, shared information and answered questions.

Later that afternoon, the Friends of Laguna Atascosa National Wildlife Refuge hosted an Ocelot Soiree at the Gladys Porter Zoo to raise funds for conservation. The food, drinks, auction, presentations and conversation were fantastic, but Sihil once again stole the spotlight.

The following day was the actual Festival held at the Gladys Porter Zoo. More than 1,300 people attended the event and took part in a variety of activities from face painting and crafts to talking to wildlife officials about protecting ocelots and planting native plants to restore the thorn scrub habitat on which they rely.

There was even a singing zoologist, Lucas Miller, on hand to entertain families with his conservation-minded songs. He wrote an ocelot song just for the occasion:

And, of course, Sihil and her trainers took their turn on stage throughout the day. For many of the local families in the audience, this was their first time seeing a real live ocelot, an ambassador for her wild counterparts that live right there in South Texas. She got some great local press.

Sihil did great. The trainers never force her to perform; it’s her choice whether she wants to come out on the table and display the behaviors Alicia asks her to do through visual and verbal cues. In return, she is rewarded with meaty treats. Sihil and Alicia have developed a special trust and bond over the past 10 years that they’ve worked together. Alicia can read Sihil’s body language and pick up on cues such as the “naughty tail” – when Sihil begins quickly flicking the tip of her tail back and forth – that let her know when it’s time to wrap it up.

And what did I do while they were working? Took lots of pictures, talked to lots of people and wrote down lots of notes. As the Ocelot SSP Education Advisor, I will play a role in helping to develop and implement an education and awareness campaign to accompany one of the next big goals – the translocation of ocelots into the area. Although there are still a lot of logistics to work out, the hope is that ocelots from a healthy population in Mexico will bring much needed new genetic material into the small population in South Texas in the near future. When a population starts to lose genetic diversity, it is less able to adapt to its environment and more likely to go extinct. The animals are more prone to diseases, low reproductive rates and genetic abnormalities. 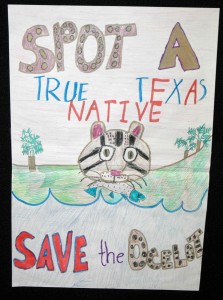 In the meantime, Sihil will continue to educate Cincinnati Zoo visitors this summer during the Cat Ambassador Program’s Cheetah Encounter show. At 14 years old, Sihil is still in tip-top shape, but approaching the expected lifespan of about 20 years in captivity. So the Zoo has brought in a new young male named Santos as her protege. Maybe next year, Santos will carry on Sihil’s legacy at the Ocelot Conservation Festival.