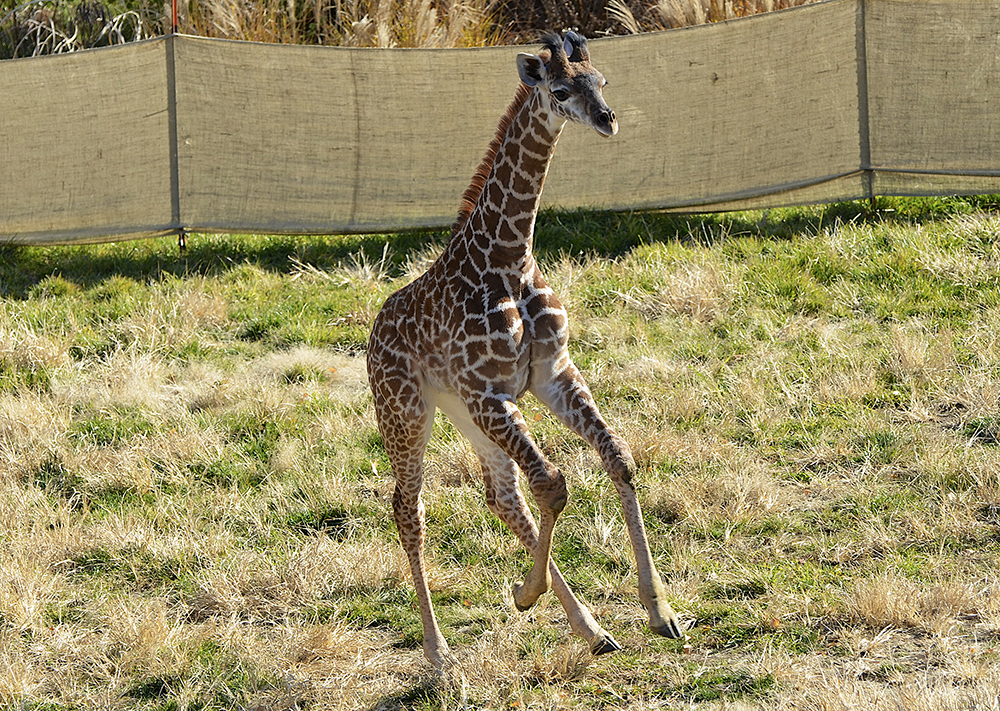 As an accredited member of the Association of Zoos & Aquarium (AZA), the Cincinnati Zoo & Botanical Garden works closely with the AZA’s Population Management Center.   The Center works with accredited zoos throughout North America, drafting recommended Species Survival Plans (SSP) for roughly 340 species.  The Maasai giraffe that you see at the Cincinnati Zoo are carefully monitored and considered in these plans, both to safely preserve the species’ genetic diversity as well as to make sure there are enough new births to keep the captive population’s size stable and healthy.

That being said, for all three of the Cincinnati Zoo’s recent giraffe births, the Zoo has received recommendations from the SSP.   Through evaluating their genetic diversity our male, “Kimba”, and seven-year-old female, “Tessa”, the SSP was able to determine that these two paired together create offspring that are genetically diverse, and provide genetics for future offspring that are not already well represented in the captive population.

In the wild, once a female giraffe reaches maturity, her natural behavior is to breed right away after a calf is born. When we can, zoos like to allow animals to imitate those natural wild behaviors.  At the appropriate age, a wild female giraffe is typically breeding, pregnant, or nursing a calf at all times.  Young giraffe are vulnerable to predators, which means the wild populations are not always stable, coupled with the long gestation period of about sixteen months, means there is always a need to breed. While there are not predators in captivity, zoos are responsible for carefully managing captive populations to keep both individual animals healthy and happy, as well as the group at large.

The Cincinnati Zoo’s giraffe keepers, animal care staff, and vets have worked closely with the AZA SSP Program Managers over the last five years and look forward to continuing Maasai giraffe breeding success in the future.  With the arrival of two new females, “Cece” and “Jambo,” last Spring, the Cincinnati Zoo is hopeful that the breeding program in Cincinnati will continue to grow and prosper.

10 thoughts on “The Growing (Giraffe) Family at the Cincinnati Zoo”