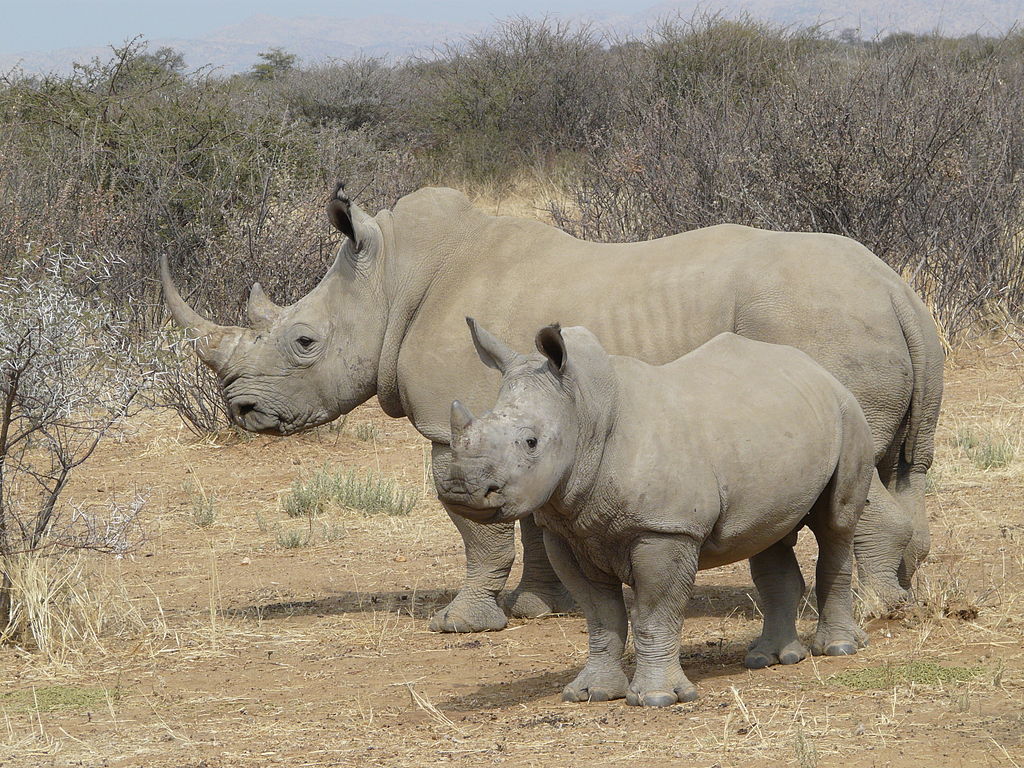 Seven years ago, I had an amazing opportunity to represent the Zoo at an International Rhino Keeper Conference hosted in Australia. During the week-long conference, I met a man named Henry Opio from the Uganda Wildlife Education Center (UWEC). Henry impressed me with his passion for conservation. He had a dream that black and white rhinos would someday return to the wild in Uganda where they had been eliminated through poaching in the 1980s. Wildlife and people alike had experienced tragic hardships and loss during that time of tremendous political and civil unrest. With the region now recovering, facilities like UWEC, with the full support of the current government, are working hard to save what was lost and foster a “pride of heritage” in the people for their wildlife.

As I spoke more with Henry, I fell in love with the idea of returning rhinos to Uganda, too. Henry presented on the possibility of reintroducing rhinos into Murchison Falls National Park in Uganda and how UWEC would reach out to each and every village surrounding the park before animals would be released (wow, what a huge task!). They would focus on the children and reach the parents and others in the community through them. I, along with a colleague, was there to present on a fundraising project called “Rhino Rembrandts” with proceeds going to field conservation…a possible aid to this Ugandan rhino project, I thought to myself.

After the excitement of the week, I was sitting in the plane for the twenty-plus hour flight home and I couldn’t help but wonder…how could I help Henry and Uganda’s lost rhinos with more than just what my little fundraiser would do?  Coincidentally, when I returned to work I read an email about an internal grant opportunity with a fast approaching deadline. So, many emails and anxious waiting later… I have, just this past week, submitted the report for the seventh straight year of successful funding from the Zoo!

Back over in Uganda, my friend Henry and UWEC are working hard at conservation education on many fronts.  However, the return of the rhino to a people re-learning the importance of safeguarding it is closest to my heart.

The human effect of any conservation initiative is what makes it successful. UWEC reaches out to the communities (person to person) through education about the importance of rhinos to their community as well as helps to improve daily life tasks such as farming and waste management practices and identification/use of medicinal plants. Through this process, the communities become invested in the idea of bringing rhinos back and the positive impact it will have on them if the rhinos are protected.

For me personally, last year’s successful grant application brought the whole process very close to home. At the conclusion of last year’s work, Henry contacted me about a 14-year-old girl named Vivian. She showed great interest and passion for rhino conservation. She also expressed to him concern about her father who was a poacher back in their village. She felt she could convince him to stop, even though that would mean ending the income that enabled her to attend school. Vivian’s father was convinced and, in an attempt to still fund her education, he carved two beautiful wooden rhino statues and presented them to Henry for help. As you can see, they now have a new home here in Cincinnati. Henry was also able to help Vivian’s father gain employment as a ranger protecting wildlife. It’s fascinating how a person’s actions can change when given a better option. This is what I love about this project – protecting wildlife while improving people’s lives – a recipe for success! This has only been made possible by the Zoo’s internal grant program and dedication to field conservation.

Although much more work needs to be done before rhinos once again roam in the wild in Uganda, the rhinos themselves are doing their part.  At Ziwa Ranch in Uganda, they are busy making babies to support the release. UWEC’s rhinos serve as ambassadors for any and all visitors and the dedicated staff there will continue to work with the communities surrounding Murchison Falls National Park until they have all been reached (fingers crossed for future success in partnering).

As a rhino and hoofed stock keeper here at the Zoo, I have been blessed, alongside my friends and colleagues, with the opportunity to work with these awesome animals, be involved in efforts to safeguard them in the wild, and to share my experiences and love of rhinos with the people I meet.

So I invite you to come visit us here at the Zoo and be part of the human effect of conservation, too! There are so many more people like Vivian out there just waiting for that connection to become stewards of their own land and wildlife.

Also, don’t miss World Rhino Day on September 21st here at the Zoo when we celebrate these marvels of nature and the work being done to safeguard them. Come out and have some family fun while making a difference!

3 thoughts on “Rhino Conservation in Uganda: The Human Effect”