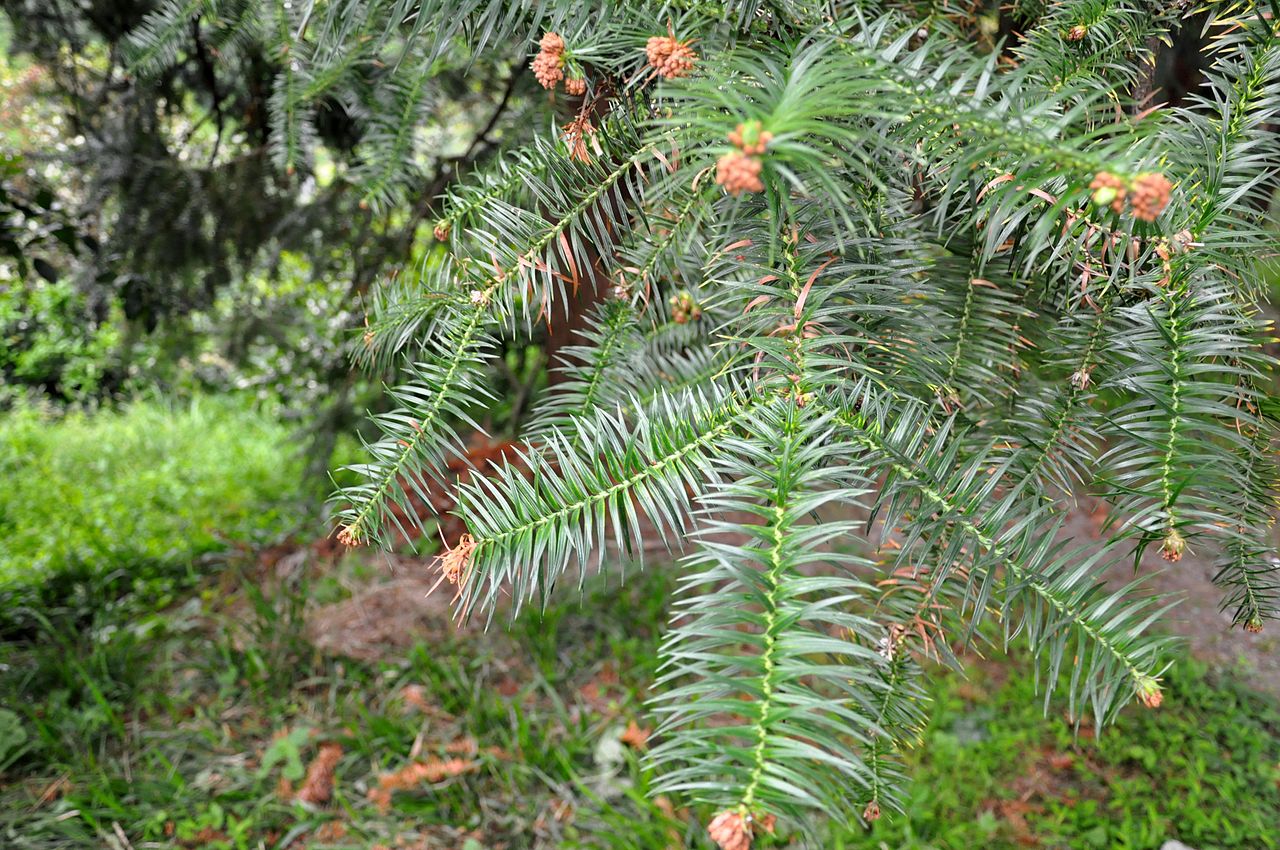 Here at the Cincinnati Zoo we have a lot of fascinating animals to look at from leaf-cutting ants to Asian elephants. However there is more to the Cincinnati Zoo; the Zoo is also known for its amazing plant displays. One plant display in particular that I will be discussing is the amazing Dinosaur Garden located outside of the front entrance of Reptile House on the right side near Monkey Island.

The Dinosaur Garden was designed in the 1970s through 1980s around the time the Zoo also became a botanical garden. A botanical garden is an establishment where plants are grown for display to the public and often for educational study. The purpose of the Dinosaur Garden in particular is to convey knowledge to the visitor about the prehistoric plants that lived around the same time as the dinosaurs.

My favorite species to look at while in the area is the China Fir because this tree has pointy needles, which is an adaptation to defend itself against large animals such as dinosaurs.

Observing the Dinosaur Garden you will notice that some of the plants come and go, depending on the season. The Horticulture staff makes sure to maintain and keep up with the changes in the weather, and also the requirements or needs of the plants in the garden. Horticulture is the art of garden cultivation and management. The staff in the Horticulture department maintains any appropriate plant species throughout the Zoo.

So next time you decide to visit the Zoo, check out the Dinosaur Garden and the many other plant displays. You won’t regret it!

21 thoughts on “Great Gardens at the Zoo”