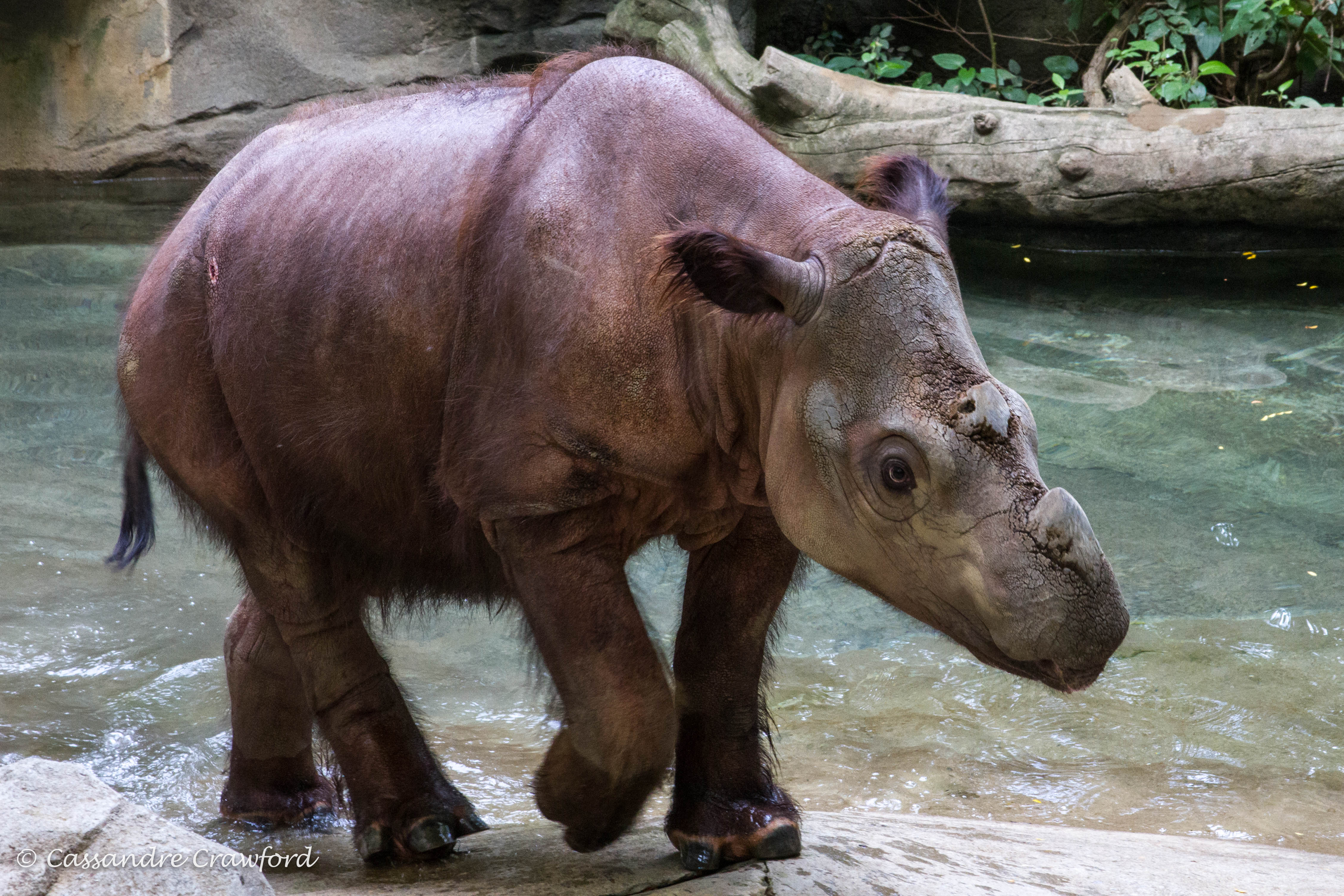 The loss of our female Sumatran rhino “Suci” to iron storage disease just over a year ago on March 30, 2014 was a devastating blow to the Cincinnati Zoo’s Sumatran rhino breeding program. Iron storage disease is an insidious disease affecting many wildlife species that are maintained in zoos, ranging from marine mammals to birds. In addition to Sumatran rhinos, black rhinos are susceptible to the disease, whereas white rhinos and Indian rhinos remain largely unaffected.

The disease is extremely challenging because we do not know how to prevent it, diagnose it or treat it. The only known cure for the disease is frequent, large volume phlebotomies (blood collection), but nobody knows how much blood to draw or how often it must be removed to keep a rhino healthy, and it is difficult to perform phlebotomies without anesthesia. The best method for monitoring iron storage disease is to measure serum concentrations of ferritin, a protein involved in iron transport and storage, but ferritin can be species-specific, so an assay for humans or horses may not work accurately in rhinos. Such was the case with our Sumatran rhinos.

However, thanks to a dear family committed to helping rhinos that wanted to make a gift in honor of Suci, CREW has embarked on a new study to develop an assay specific for measuring rhino ferritin. The first step – isolating the rhino ferritin protein – is complete, and our goal is to have a functional assay by this coming summer. Our hope is that the assay will be used to monitor iron storage status in many rhinos throughout North American zoos to ensure the disease is detected before the rhino becomes sick.

This project was made possible by the generous donation of Mr. and Mrs. Jeremy S. Hilton and Family.

4 thoughts on “A Study to Honor Suci the Sumatran Rhino”