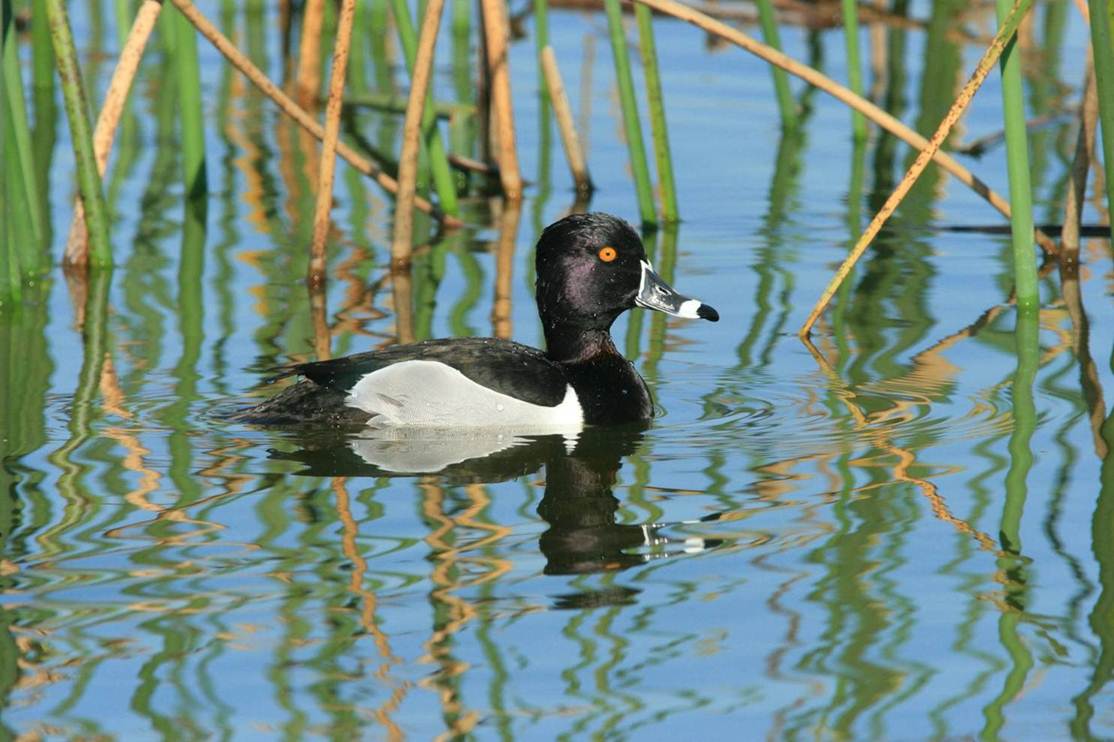 This Earth Day, let’s celebrate and give thanks for one of Earth’s most diverse ecosystems – the wetland. Lands that are wet for at least part of the year such as marshes, swamps and bogs, wetlands support a diversity of wildlife and are important to the health of our environment. They are nature’s nursery, providing food and shelter for young animals, and are important rest stops for migratory birds as well. Wetlands help control flooding and purify our water, and also provide us with recreational opportunities such as fishing and bird-watching.

Ohio has lost 90% of its original wetlands. The Zoo has taken on an ambitious wetlands restoration project to bring back some of what Ohio has lost. In 1995, a 529-acre farm in Mason, Ohio, now called the EcOhio Farm, was willed to the Zoo with the guideline that it could never be developed unless it is to further the mission of the Zoo. Over the past few years, the Zoo has worked to restore 25 of the farm’s acres from soybean and corn fields to its original state of a wet sedge meadow, providing refuge for a diversity of native wildlife.

Led by Brian Jorg, Manager of the Native Plant Program at the Zoo, restoration began in 2012 with a grant from the U.S. Department of Agriculture’s Conservation Reserve Program. Removing drainage tiles that had been installed by farmers allowed the groundwater to rise naturally. Since then, Brian and a dedicated team of volunteers have planted more than 200 native plant species, including spirea, long-leaf pond plants, and thousands of trees. Many of the native plants were propagated from seeds in Quonset huts built on the site.

This spring, the next phase of habitat restoration involves cultivating natural grasslands and forested fencerows along the property borders to protect the watershed. Volunteers are adding hundreds of oaks to fencerows and forested areas, as well as adding prairie plants, including milkweed, to the open grasslands.

The wetland is returning to its natural state very quickly. Once you return the habitat, nature will take over and do the rest. Already, the wetland has attracted 125 native bird species, including bobolinks, killdeer, sandhill cranes and even bald eagles, which would never have been there when it was a cornfield. Plenty of other wildlife from frogs and toads to snakes are also moving in and taking advantage of the new habitat.

Interested in getting involved with the EcOhio wetland project? Contact Brian Jorg at [email protected]. Please include any special abilities, such as planting/gardening, birding, carpentry (able to construct bird boxes), etc.