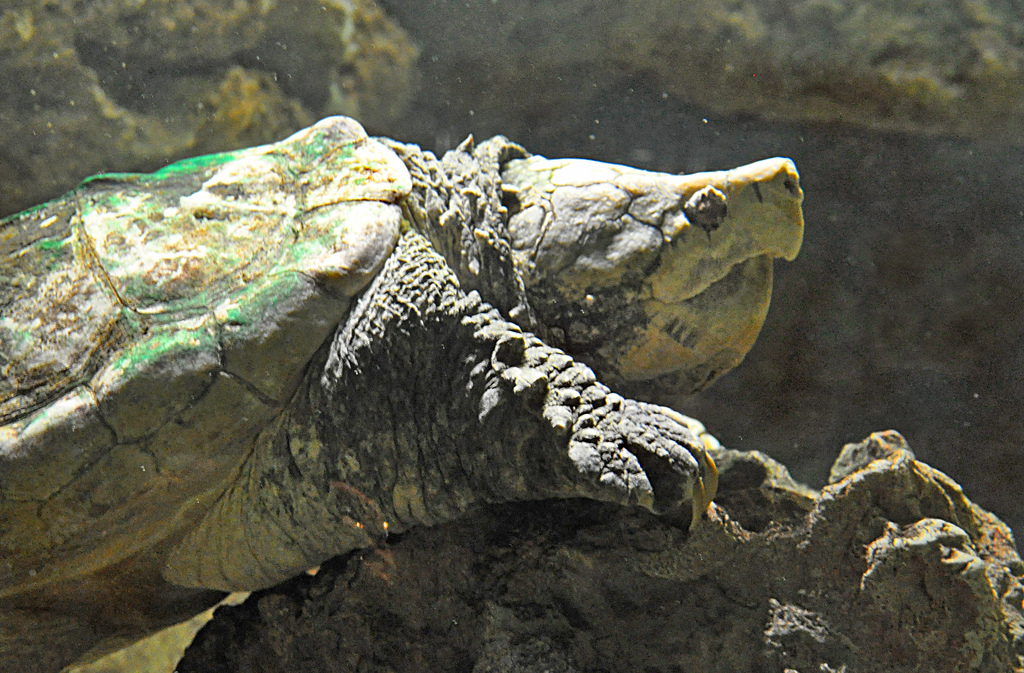 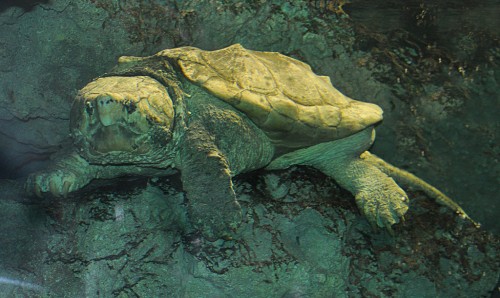 Earlier this week, the zoo lost one of its iconic animals. Our large alligator snapping turtle housed at Manatee Springs, Capone, passed away Tuesday evening.

As his keepers, one of our favorite things to do was feed Capone with large crowds present. He would open that giant mouth and chomp his fish, quickly swallowing it whole. The collective gasp from the visitors could be heard from the keeper area and would always put a smile on my face. Capone was also a phenomenal teacher for our Zoo Academy students. We would let students offer his food, and the teenagers would nervously take the feeding pole after being told, “don’t drop the tongs”. Capone would come barreling toward the surface for his juicy herring. Sometimes the students would drop the fish (never the tongs), but eventually they would successfully give our massive turtle his dinner. It was such a boost of confidence for them, and Capone was infinitely patient. 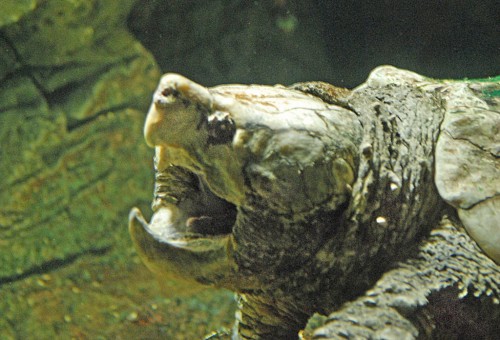 I’ve found conflicting information about the longevity of alligator snapping turtles, but most often have read that they can live to be anywhere from 50-100 years old. The keepers always considered him to be the old man of Manatee Springs. His ancient, dinosaur-like look also made him a favorite with our guests. One of the most common questions we would be asked was “how old is he?”. We weren’t ever really certain how old Capone was, but zoo lore told that he was one of the oldest animals in the zoo. He came here in 1998 for the opening of Manatee Springs. 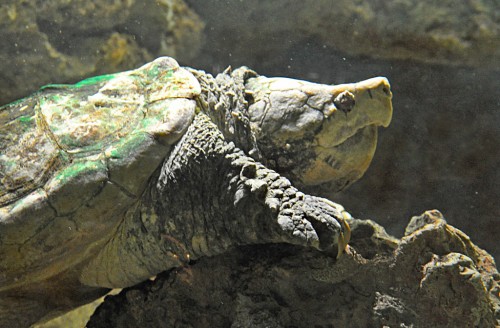 Capone always impressed visitors with his massive size. He weighed around 150-160 lbs., which is average for male snapping turtles. Some, however, can reach 200 lbs. This makes them the largest freshwater turtle in North America and one of the biggest freshwater turtles worldwide. Despite his size, he could really blend in which gave guests a huge surprise when they finally found him.

Everybody who worked around Capone came to really love him. What he may have lacked in the “cute and cuddly” department (unless you ask me because I thought he was adorable), he made up for in charisma. He often would beg from keepers as they were working around his tank. In previous years he had been fed through some of the holes in the exhibit rockwork. Even long after he was fed that way, he would peak his massive head through one of the holes hoping for a treat.

We will all miss Capone.

12 thoughts on “Keeper’s Tribute to a Turtle”