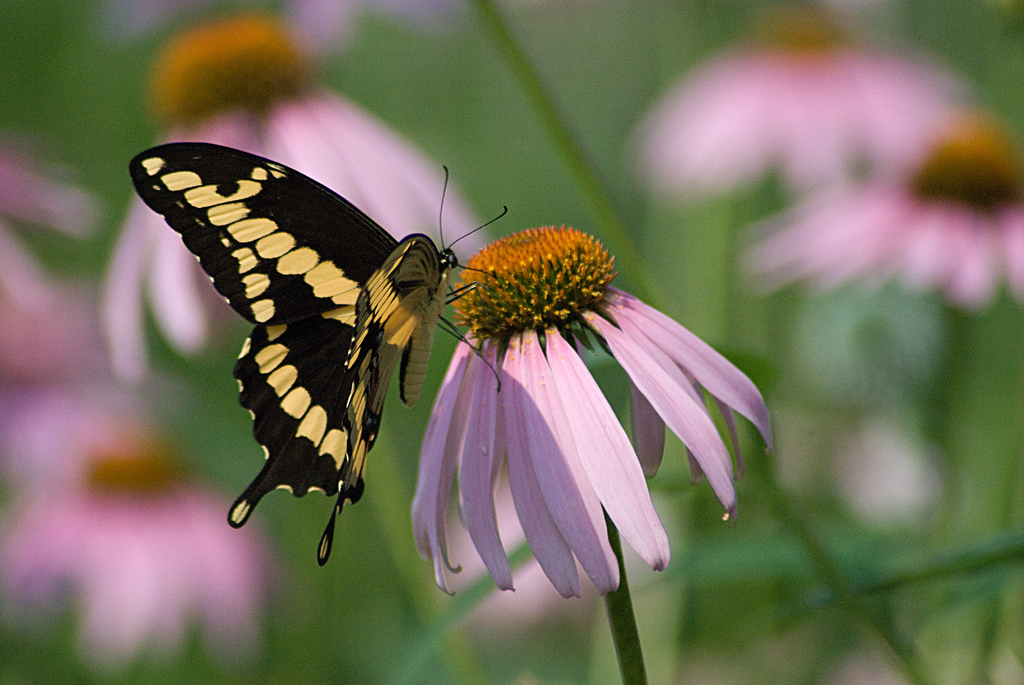 Each year, the Zoo provides employees an opportunity to request financial support for in-situ wildlife conservation or conservation education projects through the Internal Conservation Grants Fund. Once again, the Conservation Committee received many outstanding applications for very worthy projects.  After much deliberation, the Committee chose to award the following projects this year.  Congratulations!

Plants for Pollinators: Selecting the Best

Pollinators are critical to a healthy ecosystem. As the Zoo continues to reestablish wetlands habitat at the EcOhio Farm, the cultivation of healthy pollinator habitat is essential. This grant will enable us to attain native plant species known for their beneficial qualities to pollinators. The purpose of the project is to increase and monitor pollinator species and native flora preferences of these species. With this information, we can then concentrate on propagating the best native plant species for our region and use them in our reintroduction efforts. This information will also be made available to growers, landscapers, designers, homeowners and others doing restoration work in our region to improve the diversity and health of our ecosystems.

The Zoo has supported scarlet macaw breeding and release efforts of the Wildlife Rescue and Conservation Association (ARCAS) for several years. In October, ARCAS released its first nine scarlet macaws in the Sierra Lacandon National Park. Yearly releases will aim to reinforce and ensure the survival of the scarlet macaw population in Guatemala, which is estimated to be only about 150 individuals at this time. This grant will continue our support by funding medical screenings, post-release monitoring and environmental education and awareness-raising activities in the local communities.

Rhino poaching is at an all-time high and rhino populations are severely declining pretty much everywhere they are found. Reversing this crisis will require demand reduction, a halt in trafficking and increased anti-poaching enforcement. This grant will support the creation of dedicated rhino-detection dog-handler teams by Working Dogs for Conservation to combat trafficking in North Luangwa national Park, the only remaining home for black rhinos in Zambia, and principal international airports and seaports in Vietnam, considered to be the world’s largest markets for rhino horn. Seizures will increase the costs and risks of poaching and provide critically important intelligence for both on-the-ground enforcement and infiltration of international trafficking rings.

Costa Rica is home to two sloth species, both of which face threats due to human encroachment such as being hit by cars, attacked by dogs, and electrocuted on electric wires. They are one of the most common patients at wildlife rescue centers, including The Sloth Institute Costa Rica (TSI). The purpose of this project is to compare the behavior and ecology of sloths that TSI has rescued, rehabilitated and released with that of wild sloths, which will provide valuable information for determining the effectiveness of sloth rehabilitation and release programs. The study will inform future practices as well as educational programs aimed at improving human-sloth coexistence.