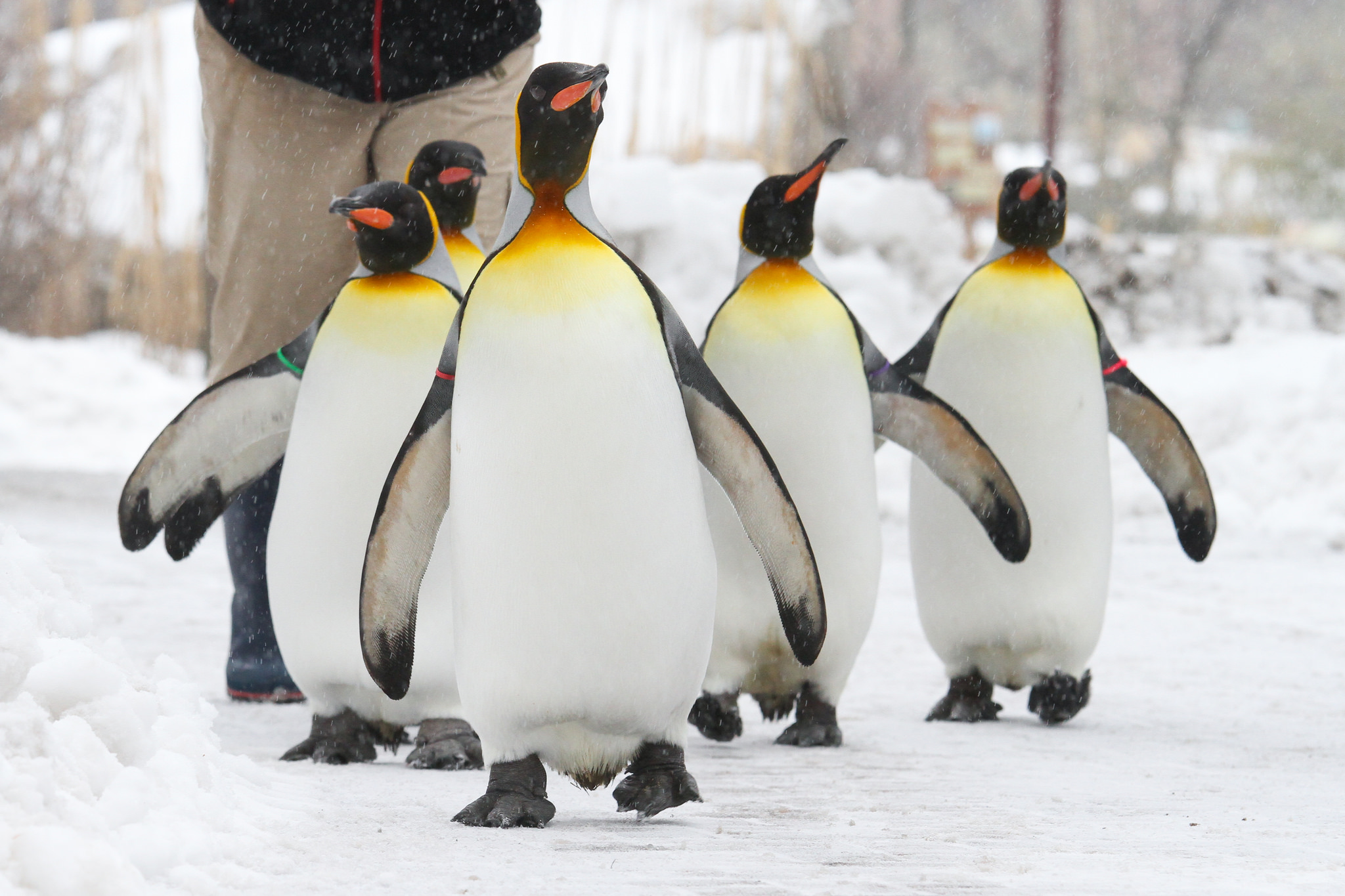 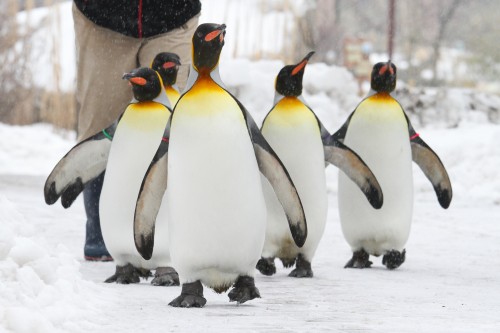 Every day at 11am and 2:30pm during Penguin Days, presented by FirstEnergy, you will find the zoo’s Aviculture Department leading the way during the Best Parade in America, the Penguin Parade!  Our colony of King Penguins walk between the Wings of Wonder bird house and the entrance of the Children’s Zoo where they spend the day outside enjoying the winter weather.  One common question that we get at almost every parade is “What are their names?”  Here is a handy dandy list to help you out identifying each member of our colony the next time you are walking with us:

-Kyoto-  Red.  You can usually find Kyoto leading the group at each parade.  He also marches to the beat of his own drum, especially when we walk near fresh snow or by the entrance to the Basecamp Café.  Maybe he is a fan of green restaurants, since it is the greenest restaurant in the land.

-Charlemagne- Yellow.  Charlemagne may be the youngest, but is by far the largest King in our colony.  You can usually find him trying to keep up with his older brother Kyoto in the front of the parade.

-Martin Luther- Purple.  Luther usually stays to the middle of the group during the parade.  In my opinion, he is the best looking King out of the bunch.

-BB- Green.  The only female of our group, you can find her bringing up the rear of the parade.  She has successfully reared quite a few King chicks while here at the zoo, Kyoto and Charlemagne being two of them.

-Larry- Blue.  While Luther might be the best looking King, Larry is definitely the most regal-looking.  Watch him during the parade, and you will probably see him holding his chest out proudly and possibly even vocalize during the route.  Larry and BB have incubated a few chicks together, see above; watch them while outside to see if they are performing any courtship behaviors.  You can usually find Larry in the middle of the group as well.

-Burger- Orange.  On rare occasions, you will find the elder statesman of the colony, Burger, out with the rest of the group.  It doesn’t happen too often, but he usually decides to go on parade at least once per season, and likes to hang near the back of the parade.

Hopefully this list makes it a little easier for you to identify the birds during the Best Parade in America.  Test your knowledge every day through the month of February at 11am and 230pm, as long as the temperature is below 50 degrees.  The weather might be cold, but Penguin Days is a great way to get outside and enjoy the season while seeing some amazing animals while you are at it. Follow #BestParadeInAmerica and @cincinnatizoo on Twitter for updates! 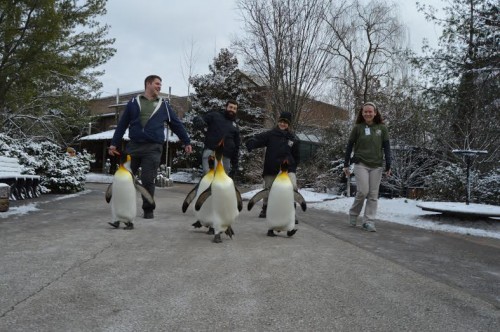 4 thoughts on “Meet the King Penguins of the #BestParadeInAmerica”