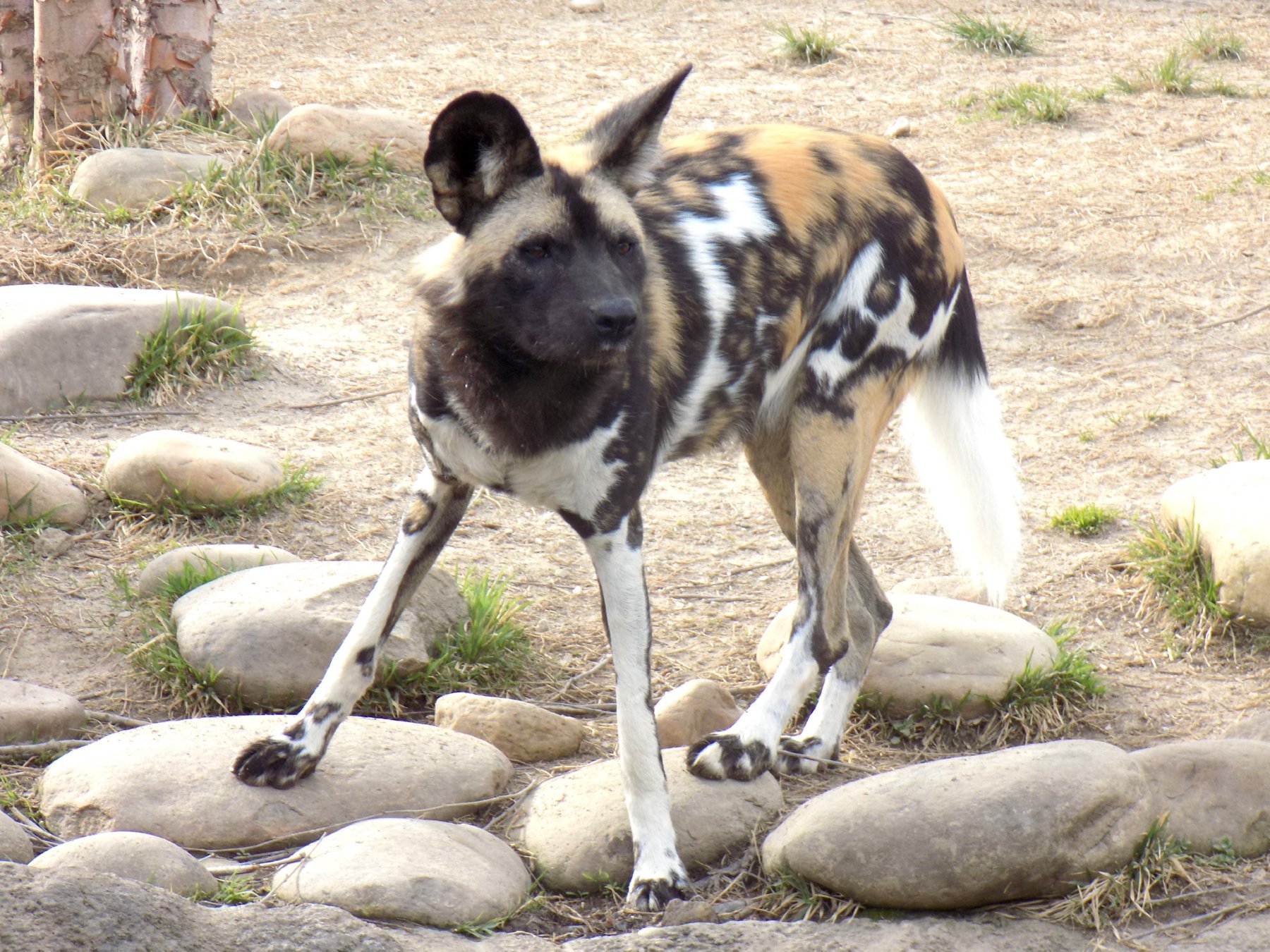 Here at the Zoo

It’s been six months since our African painted dog boys made their way south, and they are doing great. They especially love watching all of the different hoof stock they get to see while on exhibit. Their keepers tell me they really enjoy watching the waterbuck, but I digress.

Imara and the girls, who are now 15 months old, have been doing well as an all girl group. Imara still tends to let them rule themselves, but will step in if she feels it is necessary. There have been some rumblings among the ranks within the juveniles (as you would expect with all females), but nothing major. Selina is still the alpha with Quinn as her second. These two have been the top two dogs since the females developed their hierarchy when they were very young. Next is Ivy and Lucy follows as the bottom dog.

The plan to move three of the juveniles is finally moving forward. As per the African Painted Dog Species Survival Plan, Selina and Quinn will be transported to the Wilds in Columbus. It is our hope that Selina will breed with a male that they are getting from another zoo. Ivy will be shipped to Honolulu to breed with a male that they house. That leaves Lucy here with Imara.

The reasons why we are shipping which dogs where is a well thought out process that takes into account the status, relationships and personalities of the individuals. Since Selina and Quinn have been bonded for most of their lives, we feel that their best chance for success is to move them together. Quinn has the capability of being a great helper and babysitter if Selina produces a litter. Of course, moving the dogs to a new facility could cause change between the sisters, but with Selina being a true alpha, we expect her to retain her status. Quinn has never really challenged her and moving to a new space will most likely result in her looking to Selina for guidance. All of these factors should lead to a smooth introduction to the male in a best case scenario.

We chose to move Ivy as a single dog because of her personality as well. In the last few months, Ivy has become a more confident dog. That being said, with her increase in confidence, she has also become more of a trouble maker and has challenged all of her sisters at some point. Ivy likes to stir the pot so to speak. Again, because of these traits, we feel that she would make a great alpha all on her own with a single male.

That leaves Imara and Lucy here in Cincinnati. Imara, who did a beautiful job raising the 10 pups we had in January last year, is not the most confident when it comes to being alpha. Lucy on the other hand, even though she is the bottom dog at this point, has the potential to be a pretty good alpha herself. Truth be told, Lucy is a bit of a wild card.

Within the next couple months, we will be receiving two male dogs. They will be quarantined and then we will set up for introductions. This is where things can get tricky. An introduction with two males and two females is one of the more challenging scenarios you can encounter with this species; however, the pay-off is a truly social pack that reflects those in the wild. Still, this is where things can get tricky. The keepers and animal manager will plan out each step of the process in order to set up the dogs for ultimate success. There will most likely be some fighting, whether it’s between the males or the females or each other, is impossible to guess. There’s even a chance that Lucy could end up alpha over Imara. Genetically, she is technically more valuable than her mother due to being Brahma’s offspring so we are fine with any outcome.

We collected information about the males from their current keepers, but it will be very important to observe them while in quarantine to confirm their hierarchy with each other. The introductions themselves will be done inside the building and once started will be complete in just a few hours. It may take them minutes or days to settle their social structure, but once they do, only the alphas will breed and produce pups. We have a lot of changes coming and are all really excited for what the future holds for this species. We will be sure to keep everyone updated on what is happening and how things are progressing.

Across the Globe in Tanzania

We may be wrapping up with our April showers here in Cincinnati, but they were nothing like the rains that El Nino dumped on our field partners with the Ruaha Carnivore Project (RCP) over the past few months.  Flooding of the Ruaha River caused all kinds of transportation problems.

The good thing about using remote-triggered cameras to monitor wildlife in the region is that the cameras continue to take pictures even when you have trouble reaching them. Fortunately, only a few of the cameras floated away during the heavy flooding.

RCP works to secure a future for large carnivores such as African painted dogs, lions and hyenas in and around Ruaha National Park in Tanzania. This region is home to the third largest population of painted dogs in Africa. Check out RCP’s latest update from the field to learn more.

2 thoughts on “Dog Log: Chapter 9 – Updates from Cincinnati and Tanzania”