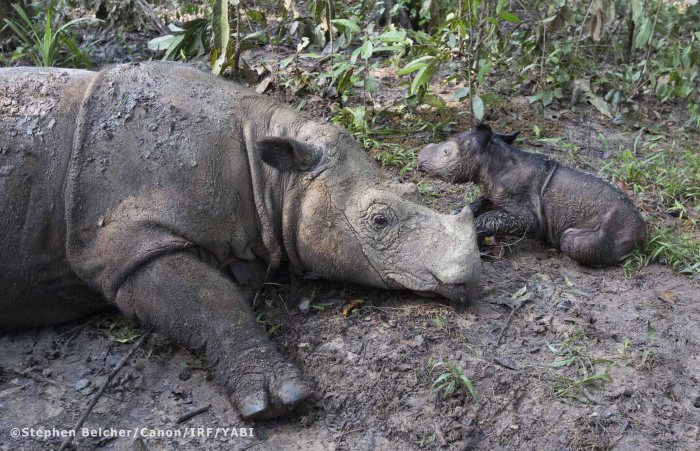 There are currently 16,306 plants and animals listed as endangered by the International Union for Conservation of Nature (IUCN). That’s more people than visit our Zoo on a typical spring day.

It’s Endangered Species Day, so you might hear a lot of shocking numbers like this, which could understandably put a damper on your day. If you wanted to make a difference, which of the 16,000+ would you even choose to start with? Well, you don’t have to choose. All plant and animal life is interconnected, which means that by taking small actions that support a healthy ecosystem, you can benefit all species, including our own!

If you’re visiting our blog, you’re probably passionate about animals and the environment. That passion gives you power. Let’s look at how you can harness your power to make Endangered Species Day the start of significant change.

What does “endangered” actually mean?

It’s a good idea to first understand what we mean by the term. In the 1990s, the IUCN developed the Red List of Threatened Species™, widely recognized as the standard for evaluating a plant or animal’s risk of extinction. They rank species along a continuum from “least concern,” to “vulnerable,” followed by “endangered,” the more serious “critically endangered,” and finally, “extinct.” Watch this video to learn more.

The U.S. Fish and Wildlife Service also maintains a list of endangered species, as do state and local agencies. Around our Zoo and others, you might see signs that display an animal’s IUCN classification. For example, you’ll see that the red pandas are considered “vulnerable,” while the black rhinos are “critically endangered.”

As we’ve said, one positive environmental action holds the potential to affect a lot of different areas. We’re all living on the same planet, so shopping with reusable bags here in Cincinnati really does have ripple effects for polar bears in the Arctic!

Here at the Zoo, you can bring us your old cell phone for recycling, which reduces the need for mining metals in endangered gorilla habitat to make new ones. Go a step further by collecting phones at your school or around your neighborhood.

You can also support our many conservation field efforts. Cheetahs, western lowland gorillas, and keas are just a few of the species we’re actively involved with conserving in the wild. When we work to protect these animals’ habitats, we also benefit countless other species with whom they share space.

You don’t need to limit your choices to those you can carry out at the Zoo. Change can begin in your own backyard…literally. Plant native plant species in your yard. They’ll attract native insects which, in turn, will attract other native species that eat them, and native species that eat them. More pollinating insects means more native plants and, you see, the cycle really gets going!

As a team, organizations accredited by the Association of Zoos and Aquariums (AZA), like ours, have made strides in restoring more than 30 species to healthy wild populations, including the American bison, the California condor and a variety of aquatic species. (Read more about AZA efforts here.)

There has been good news just over the past year. In 2015, the IUCN moved the Iberian lynx from “critically endangered” to the less severe “endangered.” The Guadalupe fur seal went from “threatened” down to “least concern.” The global community has taken new interest in restricting trophy hunting thanks, in part, to the publicity surrounding Cecil the lion’s tragic death. Change can happen.

And just last week, we received good news for a critically endangered species that is near and dear to our hearts, the Sumatran rhino. A female rhino calf was born on May 12 at the Sumatran Rhino Sanctuary (SRS) in Indonesia. The calf’s father, Andalas, was born here at the Zoo in 2001 and moved to the SRS in 2007. With fewer than 100 Sumatran rhinos left on the planet, this birth is significant for the species, and we are proud to have played a part in it.

There are infinite choices you can make to promote positive change, but you’ll be most successful if you start with one or two that really speak to you. You’ll help ensure that currently endangered animals are still around for your children and grandchildren to enjoy and, more importantly, you’ll improve life on Earth for all of us.

And be sure to tell your friends and family. The power of your passion is contagious!

“The quality of our life on this earth is dependent on how we treat the rest of life on Earth. We have a moral responsibility to look after the rest of the world, the future of which now lies in our hands.”  –David Attenborough

3 thoughts on “The Power of Connections: Endangered Species Day”