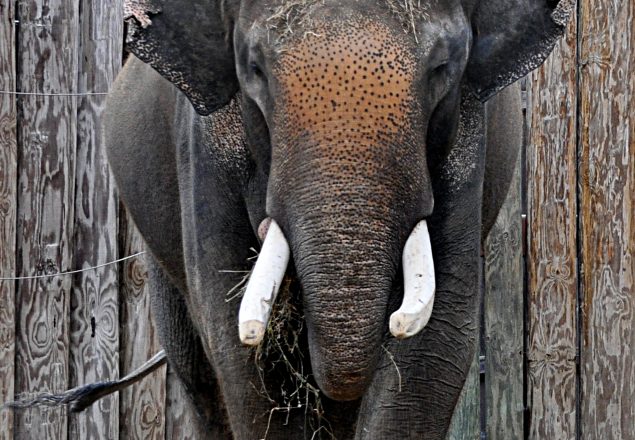 As a partner with the 96 Elephants campaign, we joined forces with more than 150 institutions in an attempt to break a world record for the largest display of origami elephants. The tally is in and we did it! We broke the Guinness World Records™ title for largest display of origami elephants—78,564! With this, we sent a powerful message that the world will not stand by as elephants disappear.

Last August, we invited our Zoo visitors to help us fold and collect origami elephants in celebration of World Elephant Day. Our 700 origami elephants were sent to the Bronx Zoo to be part of the display. They received elephants from all 50 U.S. states and over 40 different countries. Origami of all shapes and sizes, colors and patterns, arrived from places as far away as India and Iran.

Check out a 360-degree view of the record-breaking collection. While you’re there, create your own customized digital origami elephant and share it on social media to continue spreading the word for elephant conservation.

When we work together as a global community, we can do BIG things!

One thought on “We Broke a World Record to Support Elephant Conservation!”