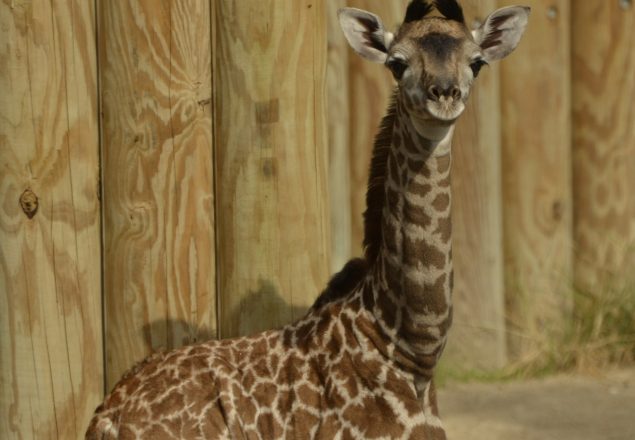 Giraffe have been suffering from a “silent extinction” for about the past 30 years. We say “silent” because for some reason most people, including zookeepers and conservationists, were unaware that there has been about a 40% decrease in their numbers. There are currently only about 90,000 giraffes, which is about a quarter of the number of African elephants in the wild today. Unfortunately, habitat loss and human population growth is a huge issue the majority of animals face today, because with less space and more humans we see human-wildlife conflict. Giraffe suffer from the belief that their bone marrow can cure HIV, railroads being built through their natural space, cultures killing them for their tails as almost a rite of passage, as well as simply living in war-ravaged countries.

As of last week giraffe were officially announced as “Vulnerable” on the International Union for Conservation of Nature (IUCN) Red List of Threatened Species. Although this is very tragic news, it can be helpful in the sense that now it is on everyone’s radar that these incredibly beautiful creatures need our help! They will get more of the protection that they deserve and hopefully more people will want to help save them, and if you are helping to save the world’s tallest land mammal, you are going to consequently help save all of the other species that share their habitat.

Here at the Cincinnati Zoo we are a part of the Species Survival Plan (SSP) and have giraffe that were specifically brought here to help keep a diverse group of breeding giraffe in accredited Association of Zoos and Aquariums (AZA) zoos. The SSP helps to keep genetic diversity throughout zoo species and our female, Jambo, is one of the most valuable female Masai giraffe in the country. Jambo had her first calf, Zoey, this past September! Jambo and Zoey are both important for the future populations of giraffe programs in zoos and we are very lucky to have them here. They can help to educate and inspire those that may not ever get the chance to travel to Africa and see them in the wild.

If you have ever wanted to help giraffe, or see ours up close on a personal level, you can check out our website and schedule a special behind the scenes tour to meet our Masai giraffe. A portion of the money you spend will be donated to Wild Nature Institute, who specifically support the conservation of Masai giraffe.