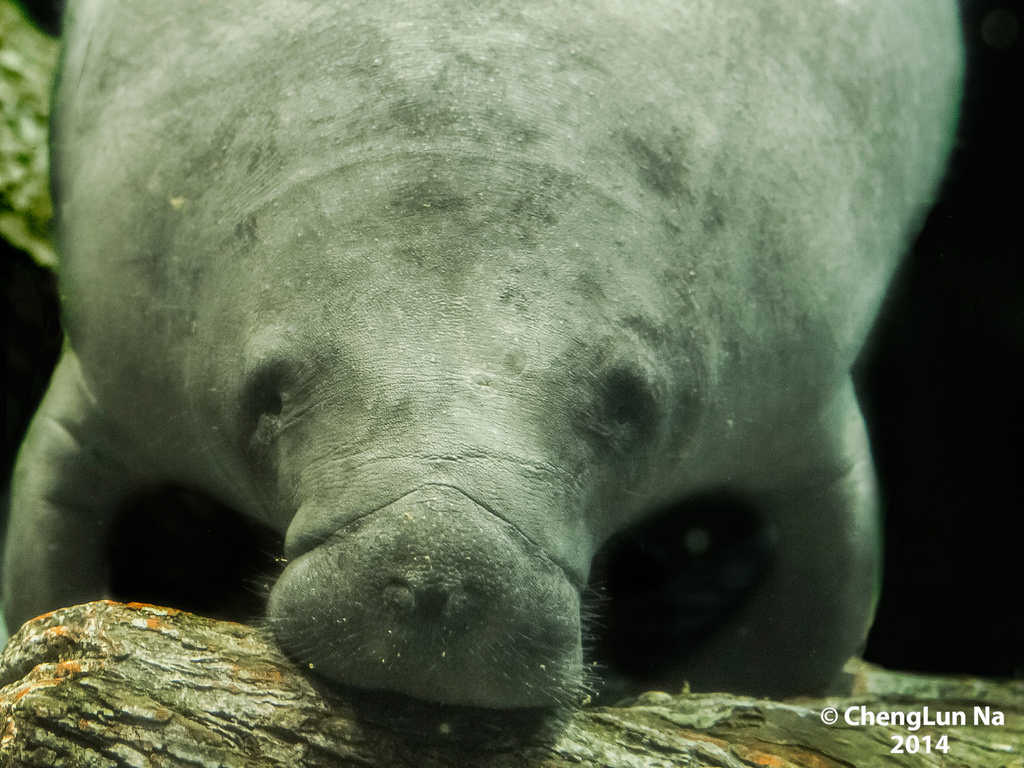 Manatee Appreciation Day seems like an appropriate time to celebrate the release of former Cincinnati Zoo manatee resident, Abigail. Suffering from cold stress, Abigail was rescued back in 2013. Sea World Orlando cared for her initially until she was was transported to Cincinnati for long-term rehabilitation. This past January, a fully-rehabilitated Abigail returned to her wild habitat. She is the 14th manatee to be rehabilitated at the Zoo and the 13th to be released back into Florida waters.

The Cincinnati Zoo is one of two U.S. zoos outside of Florida that participate in the U.S. Fish and Wildlife Service’s (USFWS) Manatee Rescue, Rehabilitation and Release Program. The goal of this program is to rescue and treat sick or injured manatees and then release them back into the wild. The Manatee Rehabilitation Partnership (MRP) is a cooperative group of non-profit, private, state, and federal entities who work together to monitor the health and survival of rehabilitated and released manatees.

In addition to Abigail’s return to the wild, there is more to celebrate. During the annual survey conducted last month, a total of 6,620 manatees were counted. This is the third year in which the manatee population came in over 6,000 and it is the most counted since the surveys began back in 1991, when only 1,267 manatees were counted.

However, there is also not-so-good news. In 2016, there were 104 watercraft-related manatee mortalities, surpassing the previous high of 97 in 2009. In total, 520 manatee mortalities were documented in 2016. This is the 2nd consecutive year in which the total number of mortalities increased. With spring upon us, manatees are on the move at the same time Florida boaters are hitting the water. If you are heading down to Florida for vacation, be on the lookout for manatees and follow manatee zone speed limits while boating to avoid colliding with these slow-moving animals. Check out this Boater’s Guide to Living with Manatees for more tips.

Meanwhile at the Zoo, we are currently home to two manatees at Manatee Springs. Betsy, a 25-year-old female, will remain in Cincinnati long term. She was joined shortly after Abigail departed for Florida last fall by a young male, BamBam, who was rescued in January 2015. He is the 15th manatee to be rehabilitated at the Zoo and will also return home to Florida after his rehab is complete.