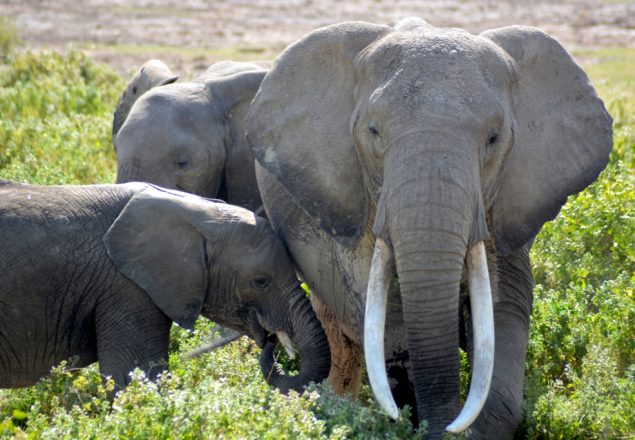 Last year, we celebrated World Elephant Day by helping to break the world record for the most origami elephants displayed at one time to raise awareness for elephant conservation.  This year, we are once again joining forces with 96 Elephants and zoos across the nation, this time to encourage our supporters to join the #10DaysForElephants campaign. Sign up for the campaign and pledge to take 10 actions in the 10 days to protect elephants and their homes leading up to World Elephant Day on August 12.

In addition to kicking off the campaign today, there will also be a huge ivory crush taking place in New York this morning. More than one ton of illegal elephant ivory will be burned in Central Park at 10:30am. The ivory tusks, trinkets, statues, jewelry and other decorative items were seized from individuals and companies illegally selling it in New York. Over 650 ivory pieces with an estimated value of over $6 million were confiscated by the New York State Department of Environmental Conservation. The ivory will be placed into an enormous rock crusher and destroyed while supporters gather to watch. The event will send a clear message that the United States will not tolerate wildlife crime that threatens the extinction of elephants. Though the battle against elephant poaching continues, statewide ivory bans passed in New York, California, Hawaii, New Jersey, Oregon, and Washington and a federal ivory ban enacted last year are steps in the right direction of reducing demand.

On August 12, celebrate your successful completion of the #10DaysForElephants campaign with a visit to the Zoo to see our elephants! Be sure to catch the 11:00 Animal Encounter at the bull elephant habitat to see our 10,000-pound male, Sabu. Or swing by the pool in the female herd’s habitat during the 2:00pm Animal Encounter to learn more about the girls—Schottzie, My Thai and Jati.

6 thoughts on “Join #10DaysForElephants Leading Up to World Elephant Day”