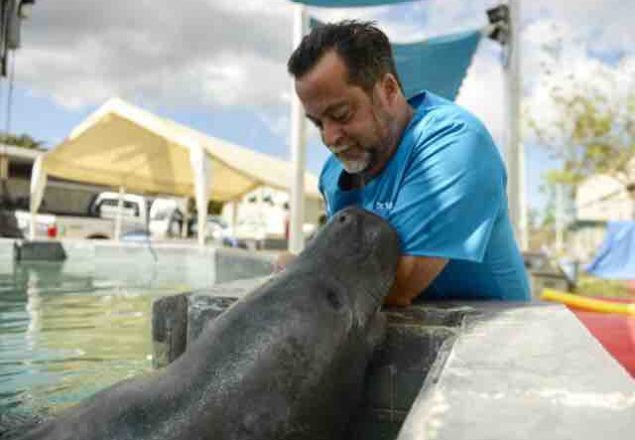 The island of Puerto Rico was struck by Hurricane Maria on September 20th, 2017. So devastating was the storm that virtually all of the islands 3.4 million inhabitants had their lives dramatically altered and are still struggling to recover, nearly six weeks after landfall. In the face of such human suffering it can be difficult to think about wildlife conservation but that is exactly what our colleagues at the Manatee Conservation Center of Puerto Rico are doing. The center suffered loss of power and heavy physical damage but the staff remains committed to the care of their four, male manatees; 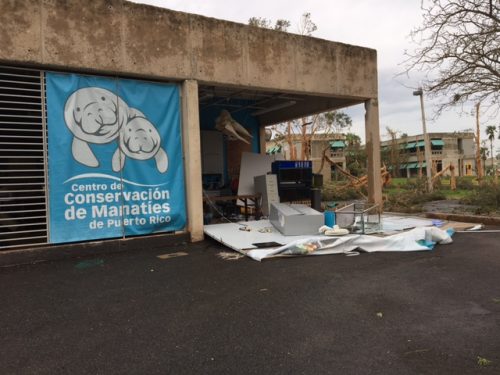 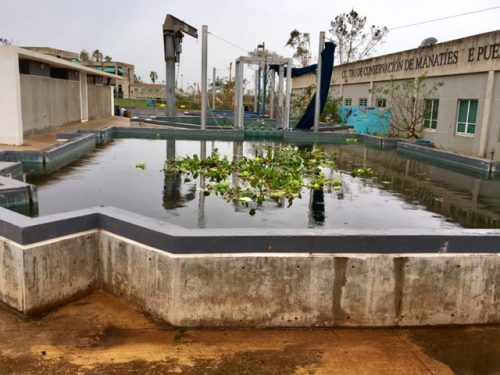 Participating members of the Manatee Rescue & Rehabilitation Partnership (MRP) are committed to not only supporting manatee conservation, but to also (when necessary) supporting our fellow facilities. In conjunction with the MRP we are working to support the center’s recovery efforts, raise awareness about the center’s plight and to highlight their efforts to preserve manatees in Puerto Rico and in the Caribbean. The Cincinnati Zoo & Botanical Garden has donated $2,500 to the center’s recovery effort and contributed medical supplies that were delivered to the center by the United States Fish and Wildlife Service. Though progress is being made much work remains. Anyone wishing to support the facility’s recovery can do so via https://www.gofundme.com/manatee-center-hurricane-recovery.

The Manatee Conservation Center of Puerto Rico is the only critical care MRP facility in the Caribbean and their work is vital to manatee conservation in the region. Any support you can offer is greatly appreciated.

One thought on “Saving Manatees in Puerto Rico”