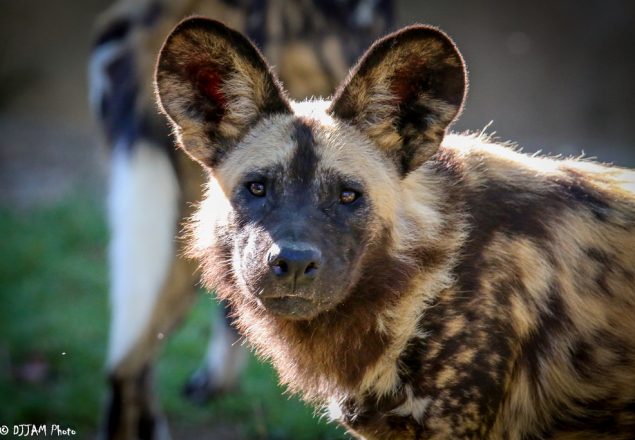 The Zoo partners with conservation organizations across the globe to save wildlife. As part of this effort, Zoo staff members are invited each year to apply for support through an Internal Conservation Grant Fund for specific field conservation projects. We are proud to announce this year’s recipients!

The largest population of the critically endangered Bornean orangutan is found in the Sabangau Forest in Central Kalimantan, Indonesia, Borneo. One of the most serious and urgent risks the orangutan faces here are forest fires. The Borneo Nature Foundation (BNF) has developed a local Community Patrol Team that works to detect and extinguish fires that arise, prevent illegal logging, and rehabilitate degraded and burned forest through a habitat restoration and reforestation program. The funding from the Zoo will contribute to salaries of the Patrol Team as well as equipment and transport costs for a period of 12 months.

The Plant Research Division within the Zoo’s Center for Conservation and Research of Endangered Wildlife (CREW) is specifically committed to the conservation of rare and threatened plant species with a focus on those found in North America. The lakeside daisy (Tetraneuris herbacea) is an Ohio species that is threatened mainly by habitat destruction. This funding will support the development of genetic tools, collection of species samples, and the study of the genetic diversity that remains in the population. By understanding the genetic makeup of the population, we can work with the Ohio Division of Natural Resources and U.S. Fish and Wildlife Service to purposefully propagate genetically diverse populations in the lab that can be reintroduced to bolster the wild population and protect the species from extinction.

Since the mid-1970’s, birds of prey have been federally protected after their sharp decline from the effects of DDT that used to be in pesticides. Since then, work has been done to increase raptor populations and rehabilitate individuals that are injured in the wild. This year, the Zoo will help support RAPTOR Inc., a local non-profit based in Milford, Ohio, in its efforts to rescue, rehabilitate and rehabilitate local raptors of all shapes and sizes. The Zoo’s support will fund professional laboratory screenings of 100 local birds of prey for West Nile Virus and Avian Bornavirus in order to understand the prevalence of disease in our local environment and improve our treatment protocols. Funding will also acquire lab equipment for RAPTOR Inc.’s facility, allowing them to perform their own routine testing on site.

Over the past few years, the Zoo has supported breeding and reintroduction efforts of the Wildlife Rescue and Conservation Association (ARCAS). Back in 2015, ARCAS released the first ever group of scarlet macaws into the Sierra Lancandon National Park in Guatemala to help increase the wild population, which was only around 100 individuals at the time. Since then, they have continued their work with captive breeding while also educating the local people of the importance of the macaws to decrease the threat from the illegal pet trade. The funding provided this year will support the transportation and tracking costs for the next release planned for August 2018, the creation of an educational poster to distributed throughout the community, and a scarlet macaw educational exhibit at their Environmental Education and Interpretation Center.

Both pygmy and slow lorises are listed as Vulnerable on the IUCN Red List of Threatened Species, and they are under high pressure due to hunting for the pet trade and for use in traditional medicine. The Endangered Primate Rescue Center (EPRC), located just outside of Cuc Phuong National Park in Vietnam, has been a model for captive breeding of some of the world’s most endangered primate species, including lorises, since 1993. Our funding will support the reintroduction of two pygmy slow lorises and two slow lorises to increase the wild population of these species in Cuc Phuong National Park. It will also cover the costs of post-release monitoring and data collection to better understand the species’ movements and behaviors in the wild.

Over the years, the Zoo has supported a number of conservation efforts to help protect the African painted dogs (also called the African wild dog), possibly the most endangered carnivore in Africa. We are happy to continue our support of the African Wildlife Conservation Fund (AWCF) in their efforts to monitor wild populations of wild African painted dogs (APD), educate local students and farmers to prevent human-wildlife conflict, and remove snares from the area and de-snare APD that get caught. This year, our funding will support the purchase and upkeep of new motorbikes that allow the team to travel over 80-120 km of rough terrain every day. These will help all of the other areas of this project to continue making their impact through education, research and snare removal.