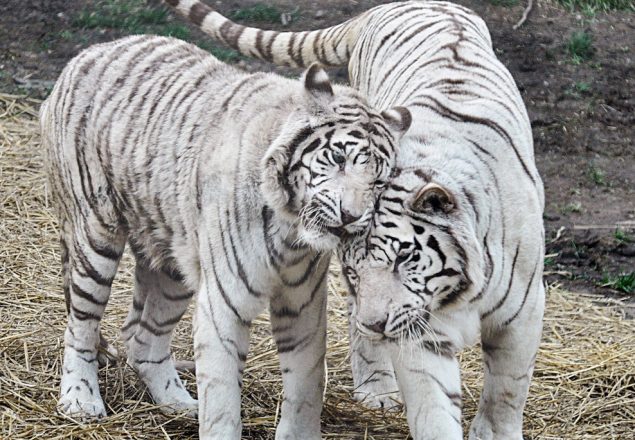 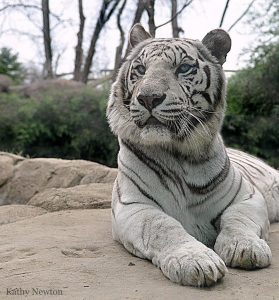 It’s hard to say goodbye to an animal that you’ve cared for for more than two decades, but it’s a little easier when you know it’s the right time to do so.

Over the last 2 months, our male white tiger Akere’s health deteriorated significantly. A recent exam revealed that he had non-treatable oral cancer. He was in renal failure and had severe arthritis in his hips. We provided supportive care and medication to ease his pain, but it was clear that his quality of life was not going to improve. 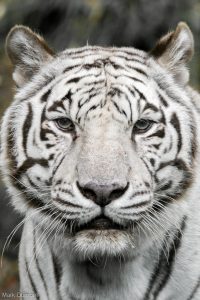 At almost 22, Akere was the oldest of his kind in any accredited North American Zoo.  A tiger’s median life expectancy is 15 – 20 years,  so we were lucky to spend 21 years with a wonderful tiger.

Akere arrived in Cincinnati from Nashville in November 1996 at 9 months of age. He was a great ambassador for his species and spent his life educating and inspiring Zoo visitors. He had a great personality, always affectionate with keepers, giving that friendly chuff first thing in the morning. He spent the last ten years with our female Popsy.  We no longer breed white tigers, so they were paired just for companionship.  She let him know she was the boss and always got the prime sleeping spot.

He passed surrounded by the people who loved and cared for him.  He will be missed.

55 thoughts on “Saying Goodbye to a Rare Tiger”