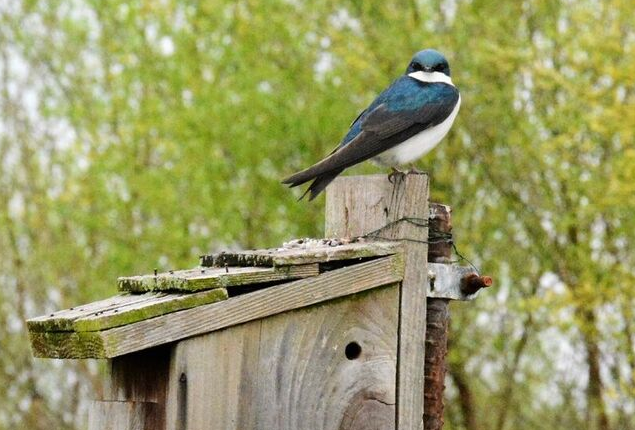 It’s that time of year again! The flowers are blooming, butterflies are emerging, and birds are singing. For many people all over the world, Ohio is a must-visit place during the spring. Northwest Ohio is considered the “Warbler Capital of the World” with over 30 different species making their way through the area during migration. While Cincinnati is further south, we are still right in the midst of the Mississippi Flyway, a route that migratory birds of all shapes and sizes take from South America to Canada each year.

These birds are not only exciting to see; they are also very important to study. Since they rely on multiple habitats in different countries to survive, bird species’ population sizes and distribution can tell us a lot about the health of ecosystems of which they are a part. This is where citizen science projects like eBird come in to play. eBird is an online database (also available as an app) where regular citizens like you can report the birds seen and heard in an area. Scientists can then use the large amounts of data collected to learn about population sizes, distribution changes, migratory patterns, and overall health of different species to inform conservation efforts.

On May 5, the Zoo’s Family Community Service program went birding at EcOhio Farm. We counted 43 unique bird species! These sightings were submitted to eBird as part of Global Big Day – a 24-hour event where people around the world look for as many bird species as they can find. Our data contributed to the 6,894 species sighted around the world in that single day. That’s over 65% of all the bird species found on the planet!

As we were identifying the birds around us, we also had the chance to check out a bluebird nest in one of the boxes set up on the farm. Eastern bluebird populations have declined in Ohio with the increase of agricultural fields. Placing nest boxes and regularly monitoring them ensures the population around the farm is safe and healthy. This is just one example of how information about population distribution can be used to inform and plan conservation efforts.

If helping scientists collect data about wildlife or becoming more involved in local conservation efforts interests you, there are lots of ways you can participate! Participating in citizen science programs like eBird or iNaturalist is a great way to share information. You can also join the Family Community Service program for future events. Coming up in June, we’ll be helping to release endangered American burying beetles and cleaning up the Little Miami River. Sign ups are open now!

23 thoughts on “Calling All Bird Brains!”