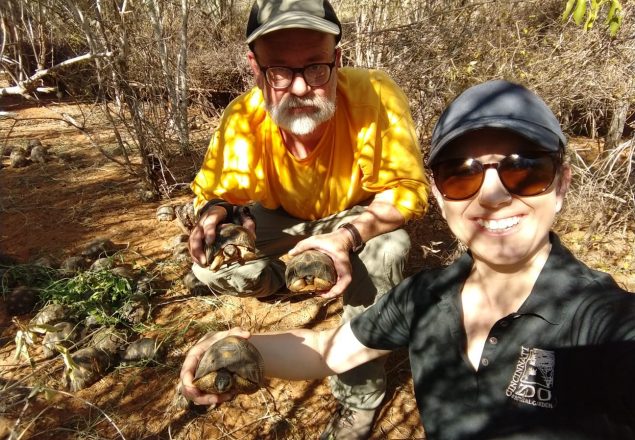 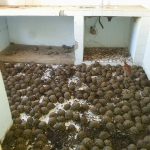 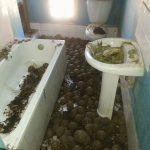 Two keepers from the Cincinnati Zoo & Botanical Garden, Melanie Evans and Paul Reinhart, arrived in a remote part of the remote island of Madagascar last week to help save the more than 10,000 critically endangered radiated tortoises that Turtle Survival Alliance (TSA) rescued from poachers last month.  Several AZA-accredited Zoos and Aquariums have dispatched animal care staff to administer medical care for thousands of tortoises that were found sick or injured and general care for the ones that were in better shape.

According to TSA, tortoises covered the floors in virtually every room of a private residence in Toliara, Madagascar and had no access to food or water. Many were dead.  It is believed that the tortoises were collected for the illegal pet trade.

Paul and Melanie are assisting with non-stop triage efforts happening at a 17-acre private wildlife facility in Ifaty, Madagascar, where the tortoises were moved after the rescue. They have been sending us updates.  On a typical day, tortoises receive daily life checks, water pans are cleaned and refreshed, tortoises are fed greens in the morning and afternoon, animals are assessed/treated and moved to the appropriate pen – sick, general population, hospital, etc…  Necropsies are performed on the ones that are found dead.

Here’s a glimpse of their experience…

Thousands of tortoises need to be fed.

Paul pulls water from the well.

Melanie gets to know the children of Iftaly. 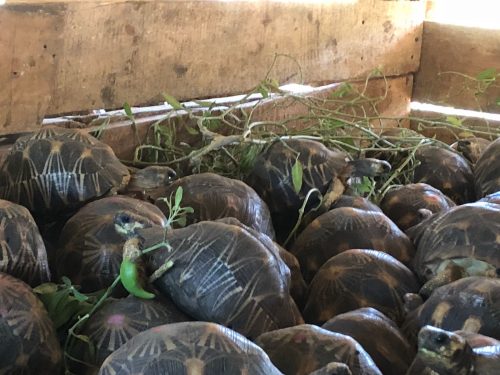 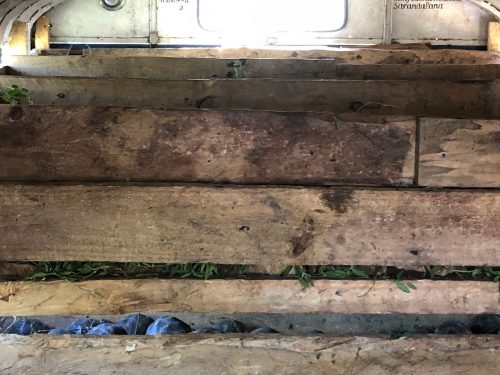 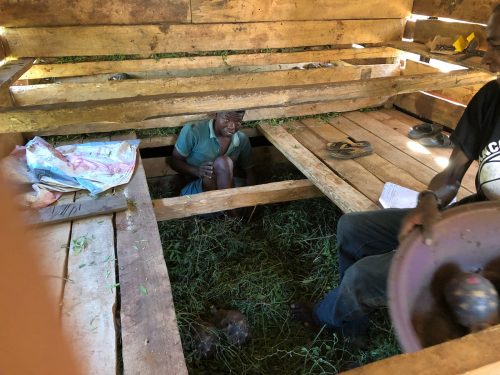 This is a critical conservation mission.  It is estimated that radiated tortoise populations in the wild have declined more than 80 percent in the last 30 years. At this rate of decline, the species could be functionally extinct in less than two decades.

We look forward to getting more updates from the other side of the world!