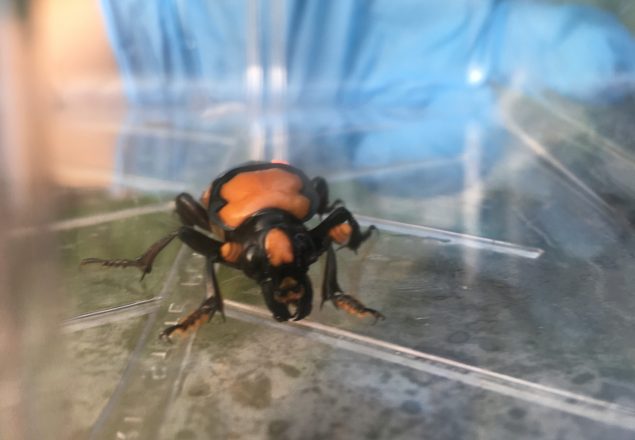 Walking through a puddle in the middle of a field to get to a bucket trap that contained a jar of rotten rat goo isn’t the first thing you picture when you imagine what a zoo keeper does. Yet there I was at seven in the morning strolling through tall grass and thorny thistles, hopeful that today would be the day I would get to see the cute face of an American burying beetle (or ABB). I know it sounds odd being so excited about a beetle, but with a tiny black body and orange accent markings, how could you not look into its tiny eyes and smile. 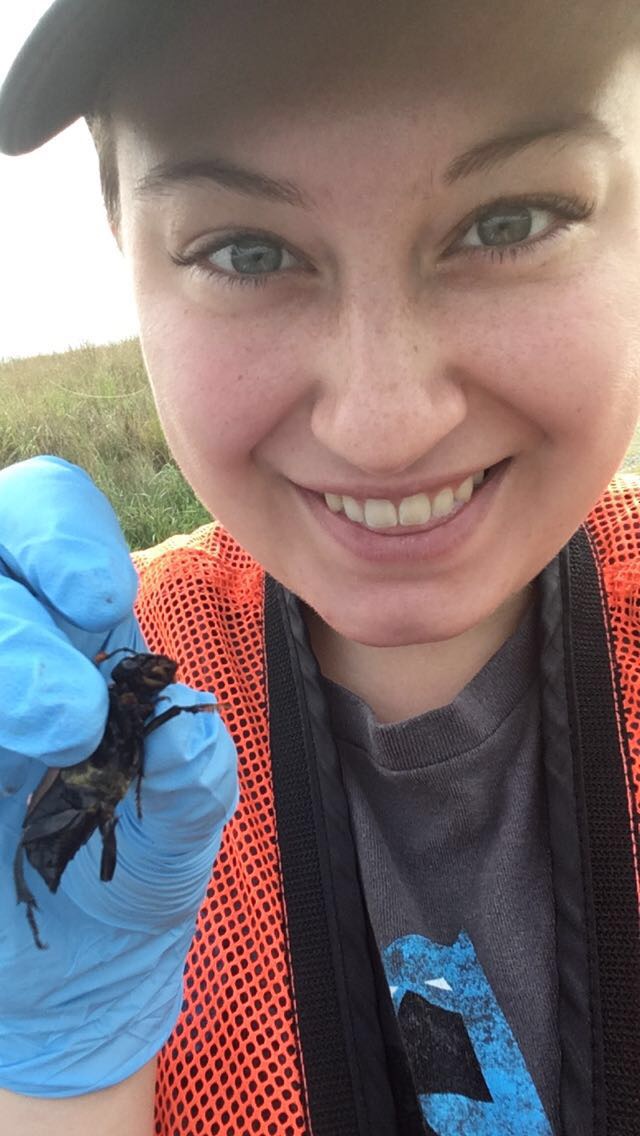 The American burying beetle is an endangered species of Silphid beetle, which is a family of carrion eating beetles. They used to be abundant in Ohio and other Midwest states and are very important for removal and recycling of small vertebrate carrion into their environment. Unfortunately, due to habitat loss, pollution, and other factors, they are no longer found naturally in Ohio. Despite their hardships, these resilient beetles are being bred in Zoos as a part of programs that are hoping to reestablish healthy native populations again. 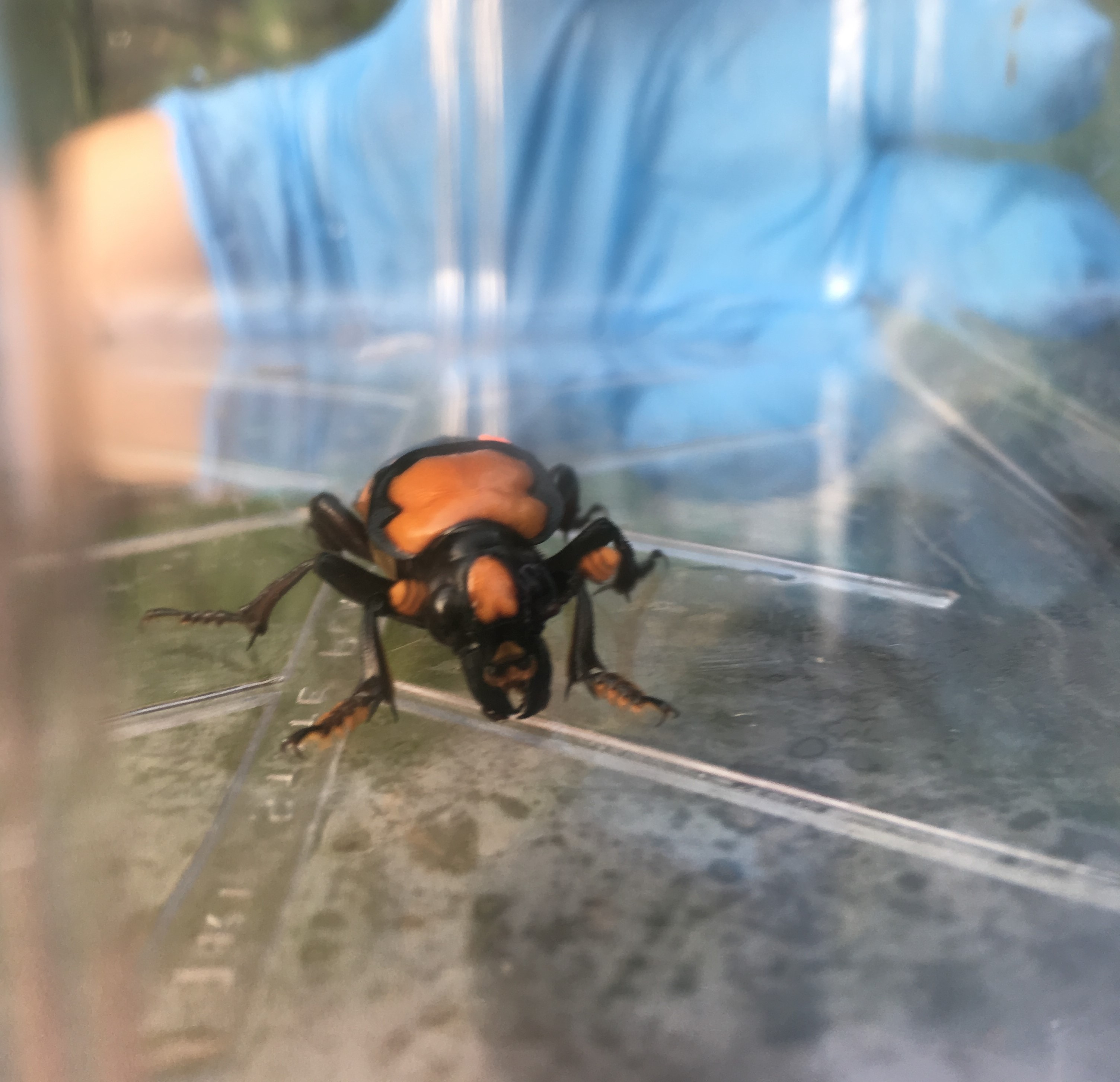 The Cincinnati Zoo Insectarium keepers, in partnership with the U.S. Fish and Wildlife Service and the Fernald Nature Preserve have been working on one of these breeding and reintroduction programs to bring the American burying beetle back to Ohio. This was the first summer that the project had collection for almost three and a half months, and boy did we get a lot of good stuff! Not only did we recover some of our reintroduced beetles from this June and July, but we also found 13 new ABBs out in Fernald that were the offspring of those released beetles. It was extremely exciting to be out in the field each morning during the weeks we found the offspring. If someone had a camera to film my reaction when I caught and tagged my first ABB it would be a mixture of happy tears and screaming out in joy. 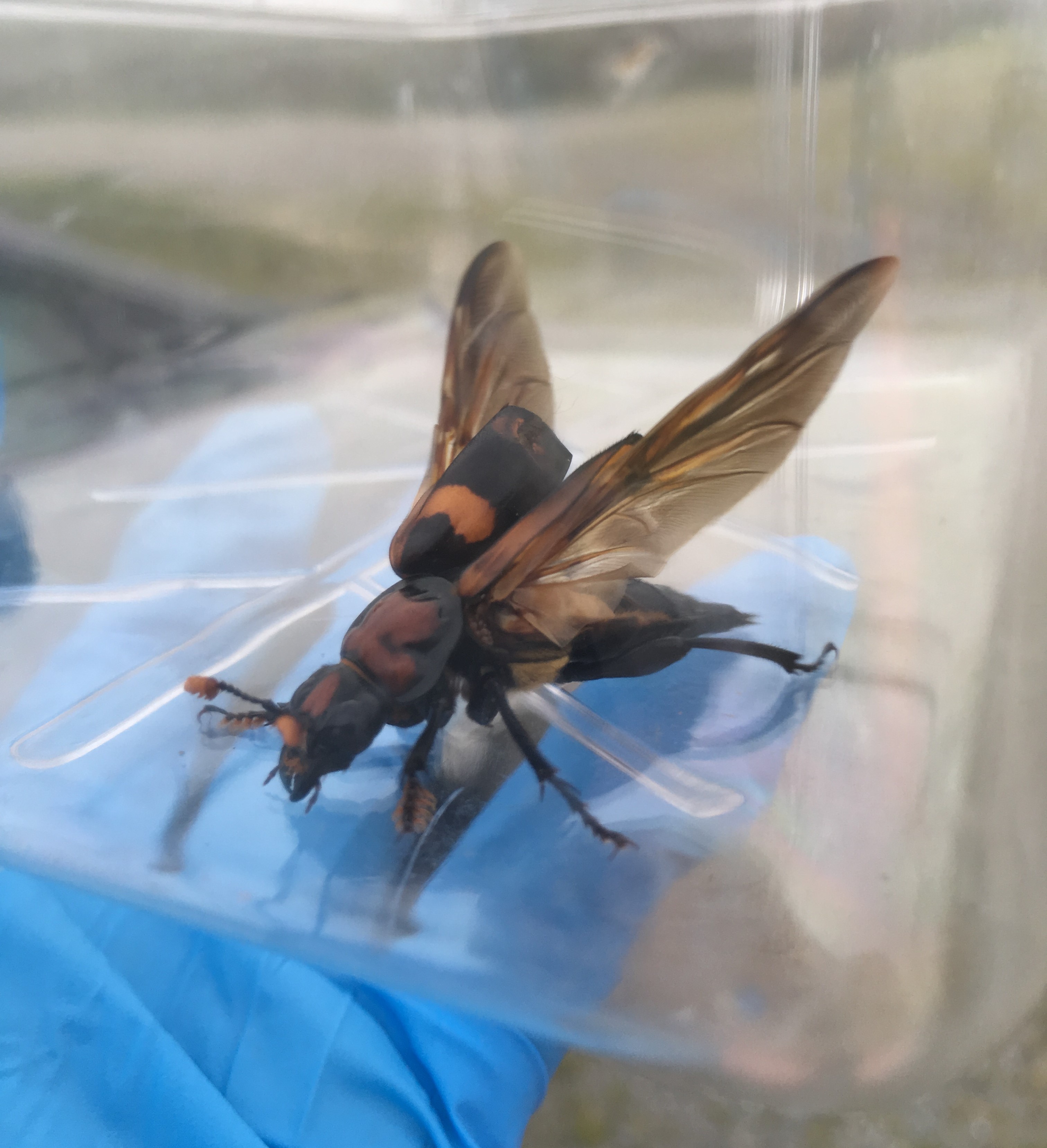 Sometimes people ask me what made this species of beetle so special to me? My response is always that the beetles are wonderful parents, giving their grubs everything they need to succeed in becoming adults. They take the time to bury and prepare a whole carcass. The mother measures how big it is, and only lays enough eggs to make sure they all can eat an equal amount. She even feeds them their first meal!  There are thousands of reasons to appreciate the ABB. If you’re interested in the species and want to learn more dig a little deeper, visit the zoo, and learn about what we are doing. Then you can get involved and get hopeful, because the best has yet to come! 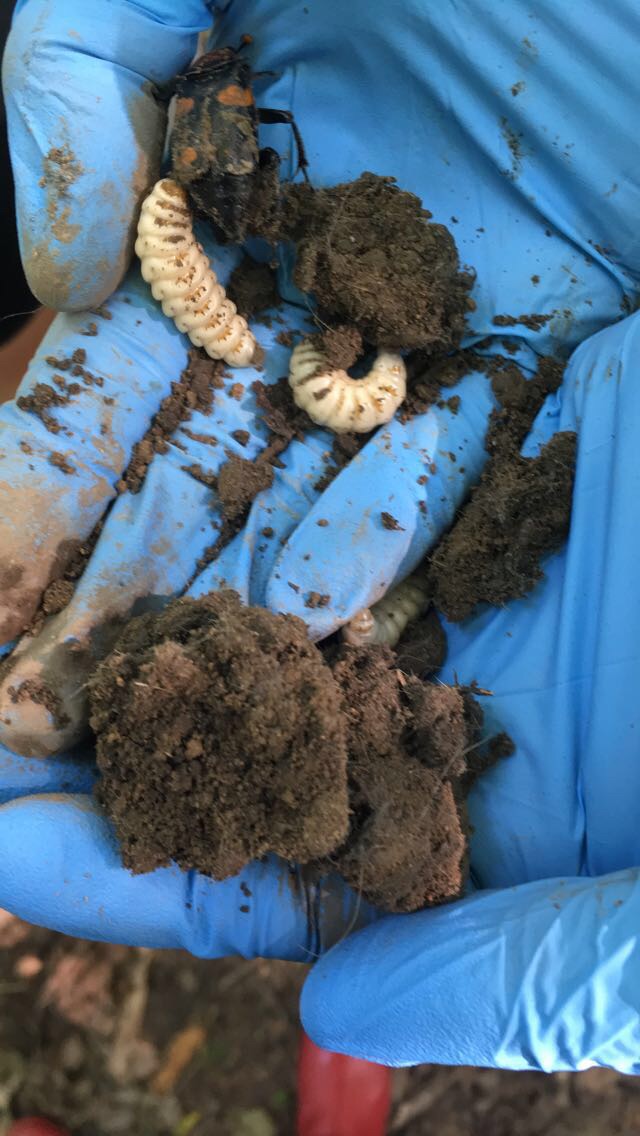