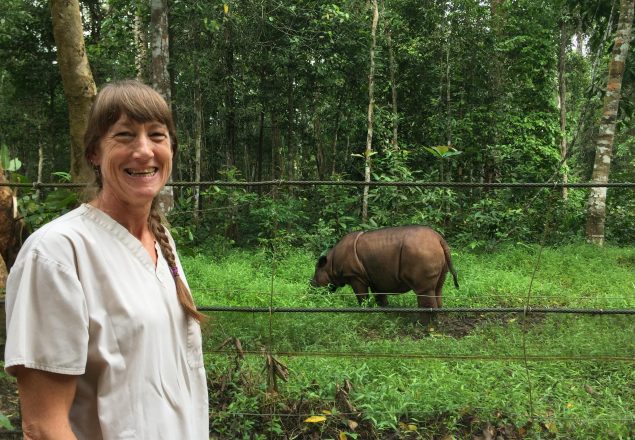 Good news! Ipuh, the sire of the three Sumatran rhinos born at the Cincinnati Zoo, continues to grow his legacy.  His grandson, Andatu, appears fertile and is now ready to breed!  Andatu is one of three males at the Sumatran Rhino Sanctuary (SRS), the only remaining managed breeding facility for this species and the last hope for its survival.  His father, Andalas, and uncle, Harapan, are the other two.  They were born at the Cincinnati Zoo as a result of research done by my team at the Lindner Center for Conservation and Research of Endangered Species (CREW).   Seventeen-year-old Andalas was the first Sumatran rhino calf born in a Zoo in more than a hundred years despite multiple attempts by many zoos and sanctuaries.  He has sired two calves at the SRS, Andatu and Delilah.  With fewer than 80 individuals on the planet, news of Andatu’s fertility is cause for celebration.

I just finished a great week at the Sumatran Rhino Sanctuary (SRS) working with our Indonesian partners and colleagues from Australia’s Taronga and Dubbo zoos and White Oak Conservation Center.  It is always so good to visit the rhinos that continue to thrive in their forest home, but more important is the work that we do to assist the SRS staff in their efforts to breed this critically endangered species. 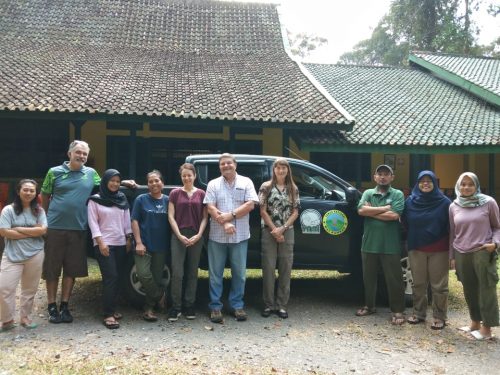 Semen was collected and cryopreserved from all three male rhinos this trip, yes, all THREE!  Little Andatu, who just turned seven years old, is now a sexually mature male rhino. Based on data from CREW’s study on sexual maturation in Sumatran rhinos that was conducted on Andalas and Suci as they grew up in Cincinnati, we learned that male rhinos experience a rise in testosterone from 6.5-7 years of age that marks final sexual maturation.  That early study served us well in deciding Andatu was old enough for a fertility exam, and Andatu provided a substantial sample to add to the SRS biobank during his exam. Harapan and Andalas also made their contributions, and Andalas even mated with Rosa the day following his procedure, proving that these semen collection procedures are handled in stride by the rhinos.

Although this species is on the precipice of extinction, I can’t say enough about the commitment, competence and skill of the SRS staff on the ground in Sumatra.  Working with them gives me reason to hope. They are an amazing team that has quietly accomplished so much.  We remain hopeful that the government will step up and support the program with both resources and the capture of additional healthy, fertile rhinos to give the breeding program the boost it currently needs.

Click here for more information about Cincinnati Zoo’s contributions to save this species.

One thought on “Grandson of Sumatran Rhino Ipuh is Ready to Help Save his Species!”