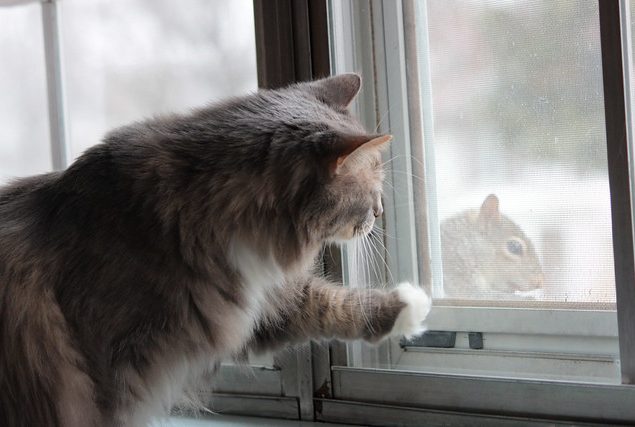 In my first blog article, I addressed not only why domestic cats pose a threat to wildlife, but a couple things you can do about it. While there is a lot of education about this issue out there, there are still a lot of misconceptions about cats and the outdoors. Below are some common myths. 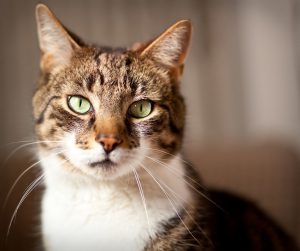 Cats are animals, and should be part of the native ecosystem.

Cats have been domesticated for over 8,000 years[1], which means they don’t have a native wild range in their current form. While there are many species of wild cat, our house cats have been domesticated for so long that they are no longer considered a wild animal species. They are considered an invasive predator species worldwide since they no longer have a native range due to domestication. Invasive predator species are particularly harmful to native ecosystems because they tend to wipe out native prey animals very easily and quickly. Native prey species have not evolved defense mechanisms to avoid being hunted by the invasive predator, and are instead caught off-guard by the foreign invader with superior hunting skills.

Since cats are domesticated, they don’t hunt as well as wild animals.

Even though cats have been domesticated over thousands of years, they are still incredibly skilled hunters. Through these hunting skills, they have decimated certain animal populations and have caused the extinction of 63 small animal species globally[2]. They also kill up to 25 billion small animals in the U.S. every year[3]. Not only are they wiping out populations of small animals through their effective hunting skills, but they are even causing unnatural evolution to take place among certain species. For example, an island population of wall lizard (Podarcis erhardii) has started evolving anti-predator behaviors in direct response to invasive feral cats[4].

While this idea is purported by some cat-advocacy organizations as something called ‘compensatory predation,’ this has not been shown to occur with domestic cats. Cats will kill whatever wildlife they can catch, regardless of whether it is already sick or injured.

Cats need to go outside to be happy.

It is easy to provide your cat with a happy life indoors. Things like toys, playtime, good litter box setups, things to scratch, and places to climb and sleep will keep your cat happy indoors. If you still want to give your cat access to the outdoors, there are some eco-friendly ways to do this. You can train your cat to walk on a leash and take him on supervised walks outside, or you could build an enclosed patio (a ‘catio’) to give your cat an enclosed outdoor space.

There are bigger threats to wildlife, like pollution and climate change, so the threat domestic cats pose shouldn’t be our priority.

There are countless threats to native wildlife around the world, and some are much more pressing than others. Conservation is a complex issue, and a solution for one conservation problem may not apply to another problem. Just because another threat, like pollution, may be more pressing for one population of wildlife doesn’t erase the threat cats pose for other populations of wildlife. Domestic cats are the primary threat to 14% of the world’s critically endangered small animals[1] and have already caused the extinction of over 60 species of small animal[2]. Just because this issue has been under-addressed in past years doesn’t mean it’s less pressing or important, especially for certain populations.

Many people will claim that cats only have a damaging effect on island species and don’t affect continental populations of wildlife. While island species are indeed very vulnerable to cat predation, cats have been known to wipe out continental wildlife populations as well, such as the California quail in San Francisco[3]. In addition, cats living on continents can kill birds and other animals that are migrating through the area, many of which may be vulnerable or endangered in their home ranges.

With all the research that points to the harms outdoor cats have on native ecosystems, it would be foolhardy to assume that cats don’t affect our native wildlife here in Cincinnati. Every rodent, bird, or reptile killed by a cat is one less meal for a native hawk, coyote, or snake. And every extra rodent, bird, or reptile killed by native predators in order to make up for that loss of food, means that native prey populations will dwindle quickly, and soon there won’t be any food left for our native animals. Our ecosystem balances can shift because of one invasive predator.

It’s not my fault cats are an invasive species, so I shouldn’t have to worry about it.

Cats have been introduced to every continent in the world (except Antarctica) because of the actions of humans. After domestication, cats were used on sailing ships as pest control in the 1400’s and beyond, and were introduced to every area the ships sailed to[4]. Cats are considered an anthropogenic threat to wildlife, which means they are a human-caused threat to wildlife. If it weren’t for humans’ long history of introducing cats to new ecosystems, combined with neglecting to spay/neuter cats once populations began to boom, this problem wouldn’t exist today. It is therefore our responsibility to work to solve this issue. After all, if we don’t address it, who will?

What can I do to protect wildlife from cats?

The best thing you can do is to spay or neuter your cat. Many think that if they keep their cat indoors, they don’t need to fix their pet. Unfortunately, indoor cats can still reproduce if they accidentally get out, even if only for a short amount of time.

Pet owners can also make a difference by keeping their pet cats indoors. There are many resources online that explain how to create a healthy and happy indoor home for cats so they no longer feel the need to be outdoors. While keeping cats indoors exclusively is ideal, keeping them inside even only at night can make a difference.

Having your cat wear a collar with a bell has also been found to decrease wildlife predation, but it will not completely eliminate it[5][6]. There are new types of collars that have been shown to be effective in decreasing wildlife predation as well, such as the Birdsbesafe® collar[7] and the CatBib™ collar.[8]