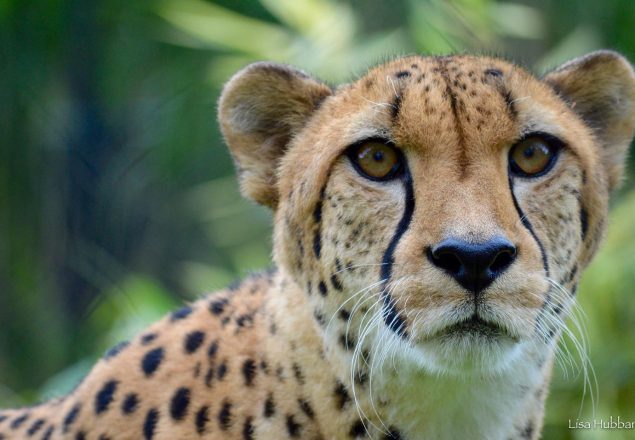 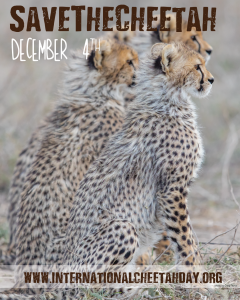 The Cincinnati Zoo’s Cat Ambassador Program (CAP) was started in 1980 by Cathryn Hilker. CAP educates more than 150,000 people a year through its many programs with its ambassador cheetahs. Aside from this year, from April to October, Zoo guests can witness cheetahs running and other animals demonstrating natural behaviors during the Kroger Cheetah Encounter. The CAP also collects donations for The Angel Fund to support cheetah conservation. The cheetahs in the CAP were all hand raised from a young age and specially trained to grow up to be lifelong ambassadors for their species. For International Cheetah Day we wanted to introduce you to the 10 individuals currently in the CAP. 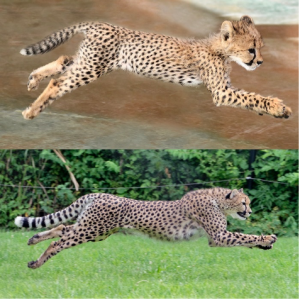 Kris is growing up to be an excellent ambassador in the program! She was born last year and became a global phenomenon with her adorable companion dog Remus. They were also featured on the Disney+ show, It’s A Dog’s Life. Kris is a little cheetah with a big personality. She is very sweet with her trainers who raised her from when she an orphaned cub, but she is also feisty when she wants to be. She is running very well on our lure coursing system and has ran as fast as 50mph! That is fast for a juvenile cheetah, so time will tell if she’ll one day be breaking running records. 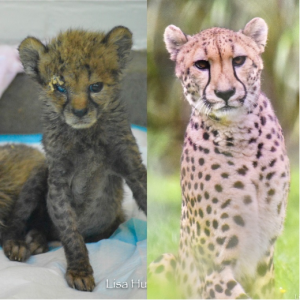 Willow was part of the litter of cubs that was born premature back in 2016. Willow had around the clock care in order to help her and her siblings survive. She had an inverted eyelid, that needed corrective surgery, and over four years later she’s thriving as an ambassador cheetah. Willow still runs great and spends time with her sister Cathryn. 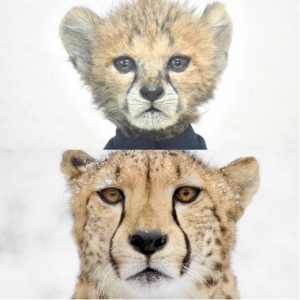 Redd was the boy of the litter that was born prematurely, but he had it especially rough as a cub. From having to have a feeding tube, to FHO hip surgery, it took Redd a while to fully gain his strength. Now he is a healthy, happy boy, who has turned out to be one of the sweetest ambassador cheetahs. To find Redd at the zoo, look at the cheetah habitat when you first enter the Africa section. You can spot him by his hip sway when he walks (because of the surgery) and the absolute sweetest face. 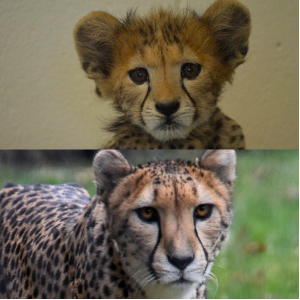 Cathryn is the third of the litter with Redd and Willow. She was also born premature and is now doing great as an ambassador. She has taken the lead for our current fastest cheetah in the program as she was recently recorded running 61mph in our running yard. 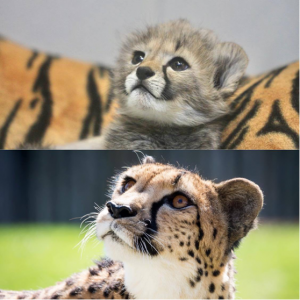 Nia is 11 years old. She is our all-weather girl; she loves being outside no matter the climate. She’ll play in the snow, the rain and absolutely loves running on our lure. She also is about her people, loves her trainers and is not a huge fan of men. You can tell her apart from the other cheetahs by looking closely at her tail. It’s a bit shorter and has a small kink at the end of it. She was born that way and it doesn’t slow her down one bit as she is one of our fastest runners. 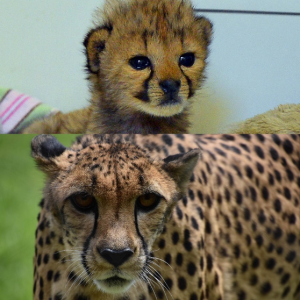 Savanna is eight years old and has always been a cheetah with a fun personality. She absolutely loves her people and is one of our more affectionate cats but is not a fan of any of the other cheetahs. That is natural cheetah behavior, to prefer to be on their own, but she has always been the princess of the cat ambassador program. (Kris might try to take that title someday). Savanna is one of our fastest runners and when you see her run it’s truly something remarkable. 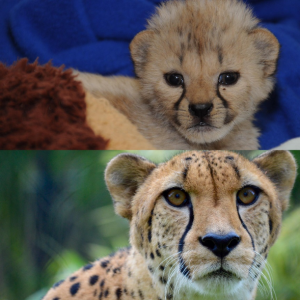 Tom is twelve years old and has spent his entire life at the Cincinnati Zoo. He is a local celebrity because he was featured on the cover and centerfold of the November 2012 issue of National Geographic. He has the loudest purr of any of the cheetahs and he has a very distinctive looking face that might come across as intimidating, but in reality, he the sweetest. 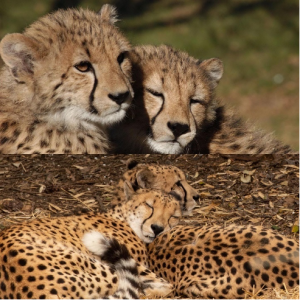 Bravo & Chance are our eldest cheetah ambassadors at sixteen and currently living as retired ambassadors. One of the coolest things they have done is be a part of the National Geographic photo shoot back in 2012. They got the first ever high definition, slow motion footage of cheetahs running. The video has since been used to study how cheetahs adapt to be such excellent runners and in numerous educational shows, videos and media for years after. These two boys have been in a coalition together their entire lives. 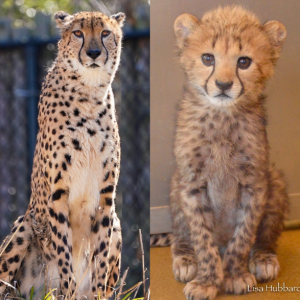 Donni is the largest cheetah at the zoo and might be one of the largest cheetahs in any zoo in the country! He weighs in at around 135lbs, when males usually average around 110lbs. Donni still hangs out with his companion dog Moose. Donni is a confident cheetah, which makes for a great ambassador. To follow his story growing up, check out this Cincinnati Enquirer feature on him.

The Cincinnati Zoo & Botanical Garden is dedicated to saving the world’s fastest land animal. Through the Angel Fund, the Cincinnati Zoo is helping the cheetah win the most important race, the race against extinction. Over the years, the Zoo and The Angel Fund have supported and participated in many cheetah conservation field projects.

Cheetahs are listed as vulnerable on the IUCN RedList of threatened species. Due to recent declines, scientists are calling for the cheetah to be up-listed from Vulnerable to Endangered. The illegal pet trade in cheetahs is one of the contributors to their population decline.

With inspiration and support from The Angel Fund, the Zoo has become a leader in managed cheetah breeding. The Zoo is one of nine AZA-accredited institutions that participate in a cheetah Breeding Center Coalition (BCC). Working closely with the Cheetah Species Survival Plan, the BCC’s goal is to create a sustainable cheetah population that will prevent extinction of the world’s fastest land animal.

Over the years, the Zoo and The Angel Fund have supported and participated in many cheetah conservation field projects, including but not limited to the following programs:

Cheetah Outreach is a community-based education program based in South Africa that conducts school presentations with ambassador cheetahs as well as teacher workshops. Cheetah Outreach also breeds Anatolian shepherd dogs and places them on South African farms to guard livestock in an effort to reduce conflict between farmers and predators.

The Ruaha Carnivore Project works with local communities to help develop effective conservation strategies for large carnivores in Tanzania. The mission is being achieved through targeted research and monitoring, mitigation of threats, mentorship, training and community outreach.

Each year, in conjunction with Miami University’s Project Dragonfly, the Zoo leads an international Earth Expeditionsgraduate course for educators to explore inquiry-based learning and engage in cheetah conservation at Cheetah Conservation Fund (CCF) headquarters in Namibia, which was established with support from The Angel Fund in 1994.