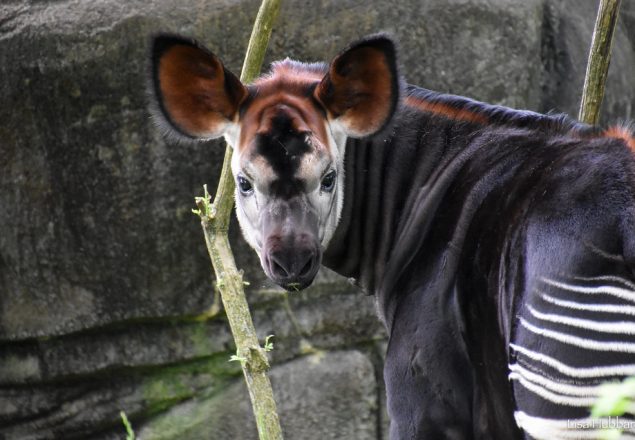 Every year, Zoo employees are invited to submit requests for a specific conservation project to be funded. This year, the Zoo’s Conservation Committee received many proposals and selected five.

Renee Carpenter – Conserving Okapi and Their Habitat by Empowering Women 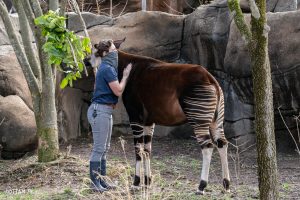 Renee has cared for okapi at the Cincinnati Zoo for 15 years. This opportunity will help protect the elusive forest giraffe and the heart of Africa they call home. Conserving Okapi and Their Habitat by Empowering Women puts the indigenous people’s welfare at the forefront. You cannot protect wildlife and wild places without involving those that share the environment. This project looks holistically at improving the welfare of families along with one of our world’s most biodiverse, threatened habitats. The Okapi Conservation Project works to protect the endangered okapi and its habitat in the DRC through programs including wildlife protection, community assistance and conservation education. Women are crucial to the success of implementing conservation strategies and by empowering women to generate income for their families in sustainable ways, it replaces the need to access the forest for material and eliminates their involvement in illegal activities such as gold mining and logging to generate income for their families. This project will provide OCP’s five Women’s Groups strategically located around the Okapi Wildlife Reserve with supplies including thread, fabric and needles and to cover the government imposed meeting fees to develop microenterprises that generate income for their families to pay for healthcare, school fees and other necessary expenses to reduce or eliminate their need to be involved in illegal activities and limit their impact on the forest environment. 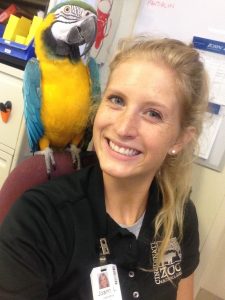 The Cincinnati Zoo not only strives to provide the best care for its animals right here in Cincinnati but also supports their wild counterparts all over the world through in-situ and ex-situ conservation projects. The Bali Myna, or Starling, is one of the critically endangered bird species we are lucky enough to see here every day. The Begawan Foundation’s work with this endemic bird is nothing short of inspiring.

In 1991, it was estimated that there were only 15 Bali Starlings remaining in the wild and thus, in 1994, it was considered “Critically Endangered” by the IUCN Red List. Building on a two-decade investment in the Balinese community, Begawan Foundation has developed a strategy to break the forty-year impasse and establish a free-flying population of Bali Starling on Bali that will be a flagship for broader community-based efforts across the island. The strategy will continue the implementation of:

1.Behavioral change within local communities
2. Soft release of captive-bred birds into a protected habitat where post-release food, water and shelter are provided
3. Monitoring program undertaken by the local community 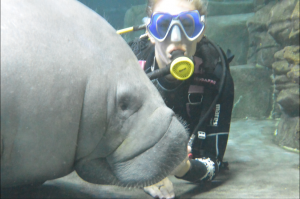 As the final touches are being added to the newly renovated manatee habitat and we prepare for the arrival of young orphans for rehabilitation, this project helps to further our ongoing commitment to manatee conservation by supporting the African Aquatic Conservation Fund’s African Manatee Program for a third year. The African manatee faces many of the same threats as the Florida manatee, however, it lacks enforced protection efforts making it the most endangered manatee species in the world. This project conducts year-round coastal and inland surveys, threat assessments and mitigation for the African manatee throughout Senegal. We will quantify threats and numbers of manatees captured and/or killed, and work with government wildlife agencies and non-profit organizations to find practical, viable, and sustainable conservation solutions, such as incentives for increasing enforcement, the creation of protected areas, and alternative livelihood programs for hunters. Additionally, we will address the lack of knowledge about the African manatee through focused population genetics, ecology, and health studies. We will train researchers in African manatee research techniques and lead educational outreach programs to raise public awareness of the need to protect the African manatee. 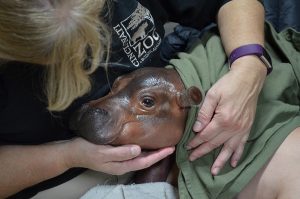 This project works with the Lao Conservation Trust for Wildlife (LCTW) and their work to protect the rare, native fauna in the center of southeast Asia. It will greatly improve local wildlife conservation through the rehabilitation and potential release of confiscated, highly endangered and trafficked animals in that region. The aim of this project is to purchase a CCTV monitoring system for animals that are moved into the secluded rehabilitation enclosures at LCTW. There are three separate enclosures that serve as rehabilitation habitats for animals that are able to be released back into the forests of Laos. The CCTV will help monitor any of the species that are in the rehab enclosures without having a human presence around them, which is of course, what they’re trying to avoid. This will also help observe the behavior of nocturnal animals like civets, cats, lorises, and some bird species that makes it hard to gauge their behavior well during their normal activity hours. 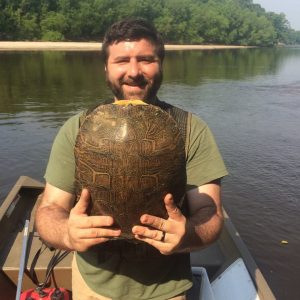 The Cincinnati Zoo is a world-class facility. Among its many historic and innovative habitats is Manatee Springs, a building dedicated to Florida and its wildlife. Florida has 32 species of turtles. This project focuses on the study and protection of the Florida box turtle. North American Turtles are currently under extreme poaching pressure and Florida is a hotspot for these trafficking rings. During a Florida Fish and Wildlife Conservation Commission (FWC) operation they found that during a six-month period, more than 4,000 individual turtles were illegally taken and sold, including the Florida box turtle. This project aims to collect data and uncover natural history information that is woefully missing in the mainland populations. The turtles are identified with PIT tags and radio telemetry tags. PIT Tagging individuals in a population has already proved beneficial as a poaching operation was foiled when a marked box turtle was identified in a group of captured animals.

Check out the 2019 list of conservation grant projects from Zoo staff!