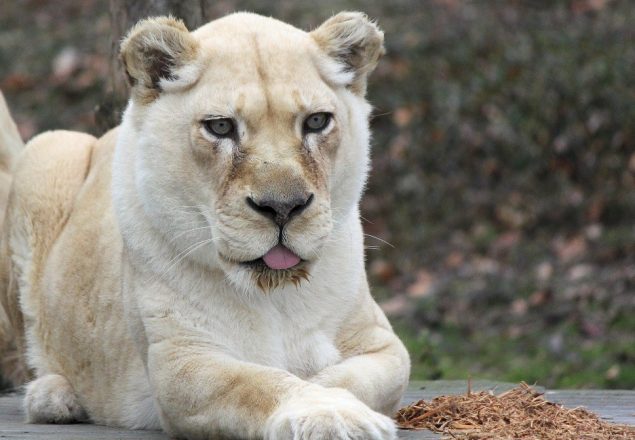 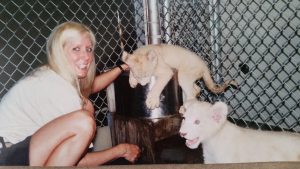 Even though she was nearly 21 years old, she was still a baby to me. I guess we sort of grew up together at the zoo.

I had only been a keeper a few years when she was born. She was the only female cub of a litter of four, but she was a motivated individual from the start. The volunteers, who were involved in the birth watch, nicknamed her “Motorbutt” because, from the day she was born, she would make her way all around the enclosure while her three brothers stayed close to mom, Prosperity.

Siegfried and Roy came to Cincinnati shortly after and presented her and her brothers to the city of Cincinnati on the lion viewing deck. The four cubs became famous, always being photographed and in news appearances. Of all the cubs, I would always be the one to hold Gracie. She was my girl. 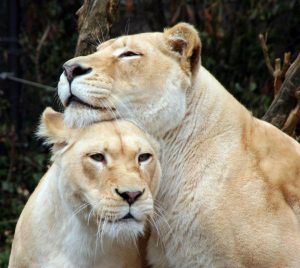 She took all the changes that life throws, in stride. When she was young, she was picked on by her brothers, but when the 3 brothers moved to the Toledo Zoo at 2 years of age, she had her mother all to herself and seemed to like that just fine. She was a momma’s girl. Always bothering Prosperity and laying right on her.

But, of all the white lions, she was the most like a “real” lion. She didn’t like most people and would only be “civil” to a select few. I was lucky enough to be one of the humans who she deemed worthy of her presence.

Gracious was very intelligent and was willing to train for several behaviors including being hand injected for vaccinations. Her favorite things to do were laying on the deck with her mother and playing with her giant Boomer balls. 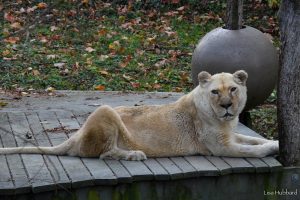 When her mother passed a few years ago, we were worried that she wouldn’t be able to adjust without her and would wither away. But being the resilient little lion that she was, she went on and seemed happy with the extra attention everyone was giving her.

In the past couple of years, I haven’t gotten to be with Gracie much, as I have moved on to other areas of the zoo, but the rest of the Night Hunters Crew have always kept me updated on her and sent me pictures and videos. I see how much they all have loved her as much as I have and have taken such good care of her. 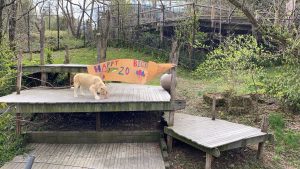 I am grateful to everyone for keeping Gracious in your hearts over these years. And, I am grateful to you my sweet baby Grace, for sharing your life with me. It’s been an incredible journey that I will never forget!

Sleep well my sweet angel and give your mom cuddles. 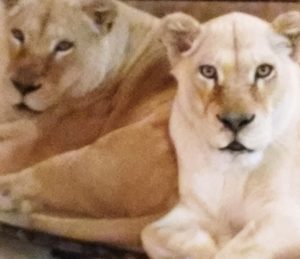 Until we meet again, all my love.