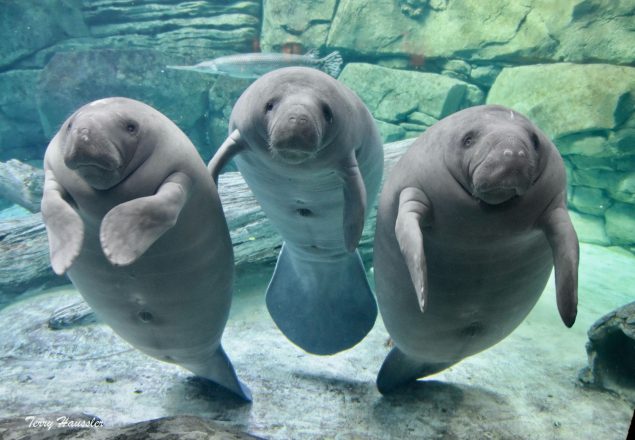 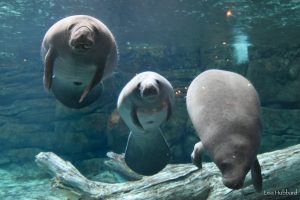 Happy Manatee Appreciation Day!! The Cincinnati Zoo has cared for 23 manatees since joining the Manatee Rescue and Rehabilitation Partnership in 1999 and released 18 back into Florida waters! We are 1 of 3 Zoos outside of Florida that participate in this partnership.

The goal of the partnership is to rescue and treat ill, injured and orphaned manatees and then release them back into the wild. A huge threat to manatees right now is lack of food on the east coast.  Exposure to red tide, cold stress, being struck by watercraft and calf abandonment are also reasons a manatee would require rescue and rehabilitation. 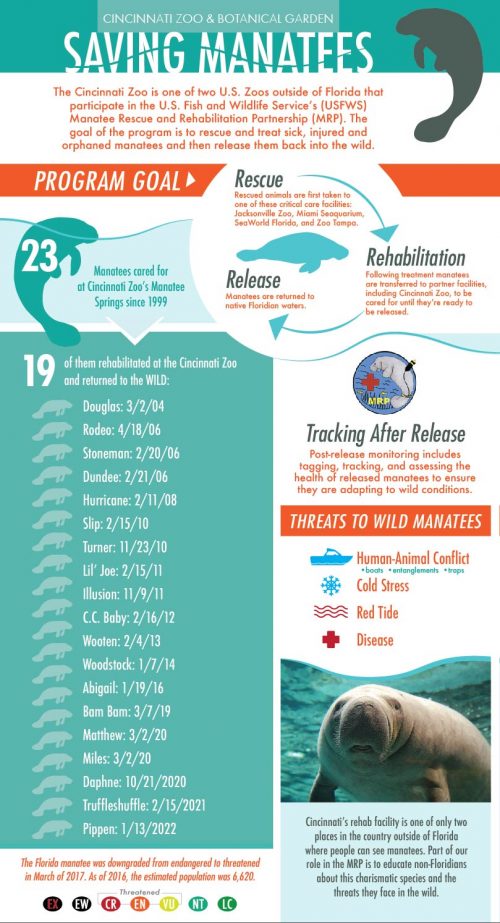 The 3 orphaned manatees that came to the Cincinnati Zoo one year ago, SwimShady, Alby & Manhatten, are growing and gaining weight, which is what they need to do in order for them to be returned to their native Florida waters. To be safe and strong enough, manatees have to be at least 600 lbs. to be returned to the wild – any extra weight is a bonus! These boys will return to a facility in Florida later this year and will likely be released from there early next year towards the end of winter.

The Cincinnati Zoo vet team and the manatee care team recently did quick physical exams on all three manatees. This included measuring them, getting weights, and drawing blood. This can be tricky because the care team has to be as hands-off as possible during their rehabilitation since they will be released back to the wild.

Thankfully, the three manatees continue to do very well, are in good health and on track to be released back to Florida waters later this year! Manhattan hasn’t gained as much as the other two but eats well and is healthy, so the care team isn’t worried! He is likely going to be a smaller adult and his weight gain is still in the normal range! Alby is a champion eater, and SwimShady had a massive growth spurt just in the past couple of months. 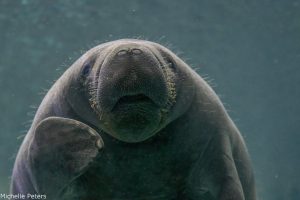 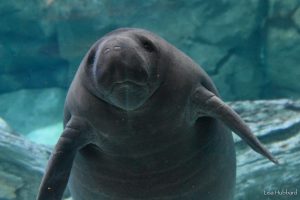 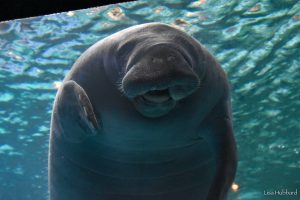 Special thanks to Chick-fil-A Cincinnati/Northern Kentucky for partnering with us to help save the manatees.