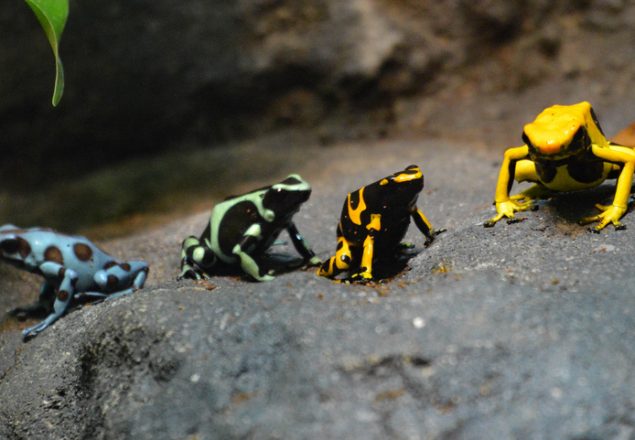 May 1-7 2022 is Amphibian Week! Amphibians are unique: they begin their lives in the water, but most of their adult life is on land! Amphibians are ectothermic, meaning their body temperature relies on external sources, like a rock heated by the sun or a river or lake. They are also sensitive to invasive species, drought & disease. Researchers study amphibians because they often show early signs of stressors, like disease & climate change. Many animals rely on amphibians for food, so when they die off, it affects the entire natural area. Sadly, about one-third of all amphibian species are in danger of extinction.

The Cincinnati Zoo is home to plenty of amphibians like the poison dart frog, fire-bellied newt and the Titicaca water frog! We hope you stop by the Reptile House, World of the Insect and Manatee Springs to see them on your next visit! 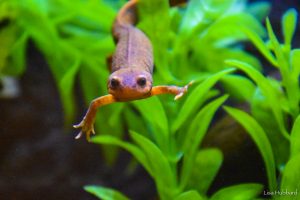 The fire-bellied newt is toxic to the touch, a defense mechanism against predators. 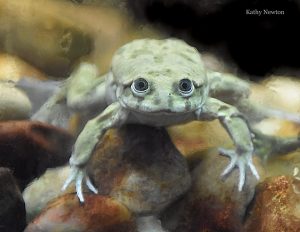 Rather than breathing air like humans do, the Critically endangered Titicaca water frog absorbs oxygen from the water through its baggy skin. 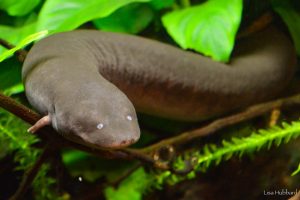 The two toes on either side of its body that give the two-toed amphiuma its name are present but virtually useless. 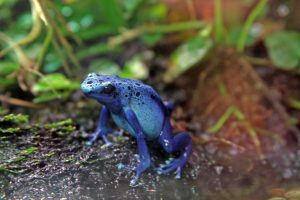 Ranging from yellow to blue to red, poison dart frogs are brightly colored to warn hungry predators that they harbor numerous poison glands in their skin. 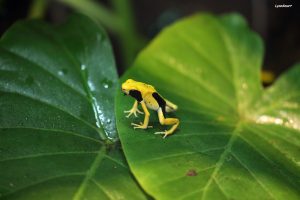 An unwary snake or other predator that tries to eat a poison dart frog will become very sick, paralyzed or even die from the ingestion of an alkaloid-based poison secreted through the frog’s skin. 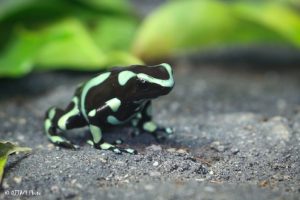 The green and black dart frog is one of more than 100 species of poison dart frogs. 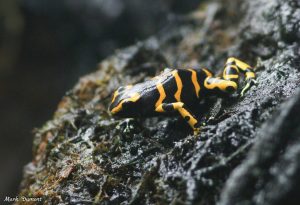 In most frogs, parental care ends with the laying of eggs, but not so for poison dart frogs. Once a female lays eggs, often on the underside of a leaf, the male guards them until they hatch into tadpoles. Then he transports each tadpole to its own tiny pool of water held within the cup-like leaves of a bromeliad plant. 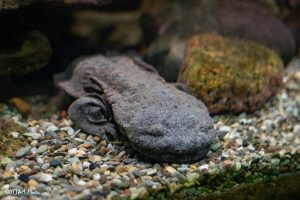 The largest fully aquatic salamander in the United States, the hellbender absorbs oxygen from the water through its wrinkly skin. Nicknames include snot otter, water dog, lasagna lizard and Allegheny alligator.

The ornate horned frog has pointy folds of skin above its eyes rather than actual horns. It is also known as the Pac-Man frog for its wide mouth and voracious appetite. 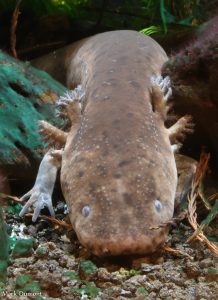 The greater siren is a primative salamander that reaches lengths of more than three feet.  Found in wetlands of the Southeastern United States, this aquatic salamander spends most of its time buried in mud or sand.

One thought on “Don’t Worry, Be Hoppy! It’s Amphibian Week!”