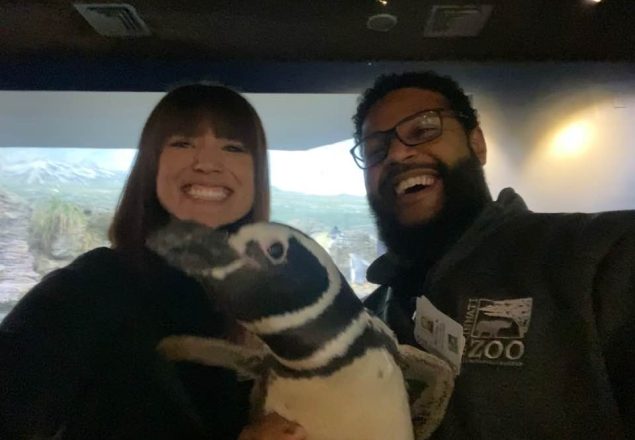 Everyone noticed how confidently he walks through the crowd. Maybe his strut has something to do with him always showing up so well-dressed? He seems to know that all eyes are looking down at him. The excited gazes are because he’s a Magellanic penguin standing one and a half feet tall. Known as Buddy the penguin, he was an exceptional Magellanic penguin, the kind of penguin that makes one fall in love with penguins. Magnanimously, he was the center of attention wherever he went. During this particular event for lawyers, Buddy’s black and white plumage matched perfectly with all of the suited attendees.

Magellanic penguins attribute their species’ name to Ferdinand Magellan the first person known to have sailed around the globe. This was quite fitting for Buddy since he had a lifetime of traveling as an ambassador for the natural world. One of his many travels was to New York City with Thane Maynard. There Buddy shared the spotlight with a king cobra on the Today Show. Buddy brought happiness with all of his appearances on the world stage. A tidal wave of smiles always followed his arrival. 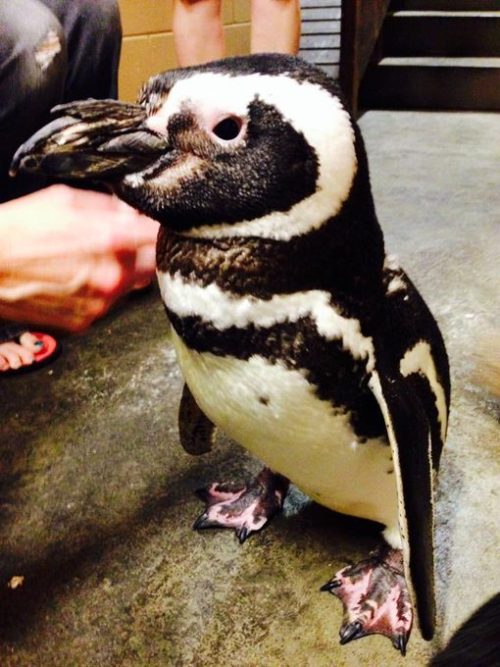 I was fortunate to have first met Buddy as a teenager in the early 1990s when I attended high school at the Cincinnati Zoo & Botanical Garden’s Zoo school (now known as the Zoo Academy). Back then he was the penguin that visitors were introduced to during behind-the-scenes tours. He always enjoyed interacting with people. This was demonstrated by how eagerly he greeted new faces peering through the open doorway to his habitat. During group events, he enthusiastically vocalized when people were talking. I believe that he wanted to get in on those discussions in the only way that a penguin could, with a boisterous penguin call that sounds just like a donkey braying. It was apparent to me that Buddy was special, what I did not know at the time was that he was perched to become a Cincinnati icon. 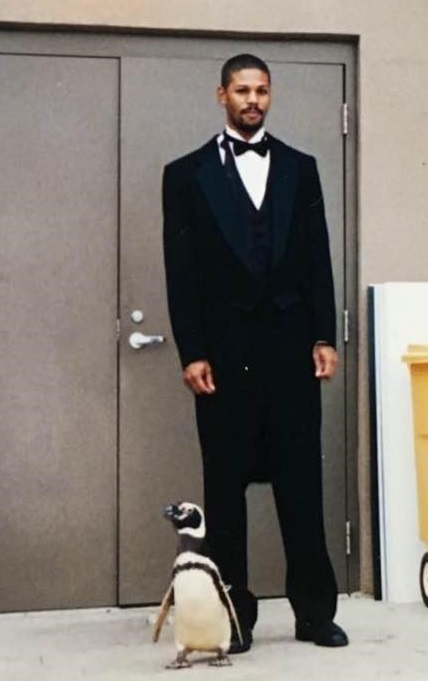 As time went along Buddy began to do more outreach programs with the goal of introducing people to a love of wildlife. Buddy was one of the best animals for the job. Many of the bird department staff members and other specially trained individuals worked with Buddy. I personally accompanied Buddy to many schools all over the tri-state area. At times it feels like we went to every single school in Cincinnati. He had such a chill personality that even a group of preschoolers could pet Buddy while they sat in a circle around him on the floor. Penguins have an interesting adaptation of spiky projections on the inside of their mouths and tongues. This allows them to hold onto food items and swallow it without ingesting too much water. Buddy would allow us to gently open his mouth and show onlookers this very cool yet strange characteristic of penguin anatomy. 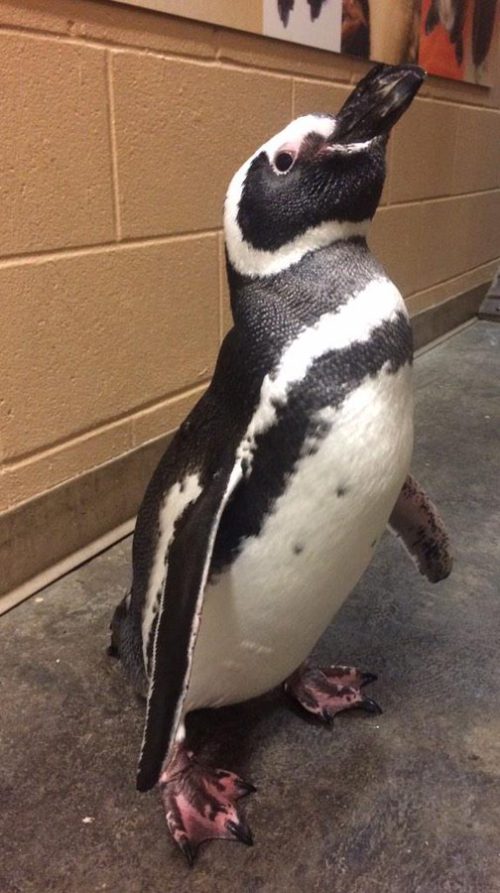 Buddy was so wholesome that when he was being petted, he’d sometimes preen the hair on the arms of the lucky person giving him the back rub. This is one of the ways that penguins show affection, by preening the feathers of a friend. Since humans don’t have feathers, he must have figured that preening forearm hair would suffice. 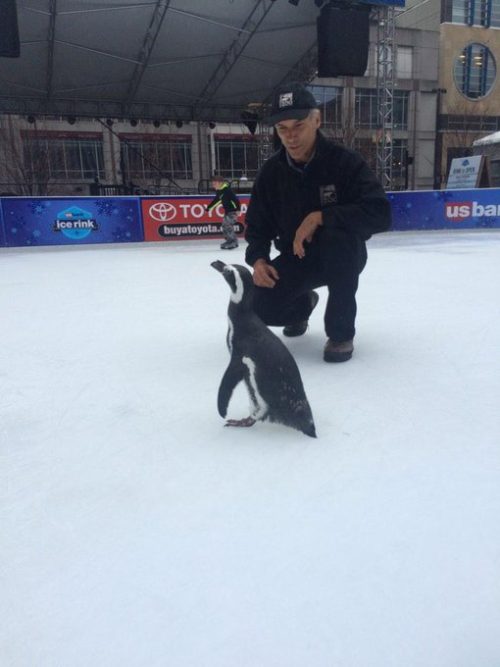 I lost track of how many events and appearances Buddy and I attended together. Living to the ripe old age of 35 years is a long life span for a penguin. I knew him for 30 of those years. In the past 30 years, he attended opening day parades, Zoofari events, did spots at local T.V. stations, went onto the ice at Mighty Ducks hockey games during halftime, and of course he made appearances for groups of zoo guests. Buddy had his own baseball card, inspired a beer by Rhinegeist Brewery, was featured in commercials, and met many celebrities. During all of this he consistently remained poised, peaceful, and even-keeled while being an ambassador for wildlife. He had the stage presence of a star.

On occasion, people would ask “Does he enjoy being here?” I would simply say “Does he look comfortable to you?” This was often followed by the person smiling with a chuckle as we observed Buddy enjoying endless back rubs. Of course, Buddy enjoyed his travels. Whenever we would enter his habitat with his travel crate, he promptly approached and off we went.

I speak for everyone whose life Buddy touched when I say that he will be greatly missed. We have a saying in the bird department that we would all agree best represents the life of Buddy.

Not all who waddle are lost.

3 thoughts on “Not All Who Waddle Are Lost: Remembering Buddy”