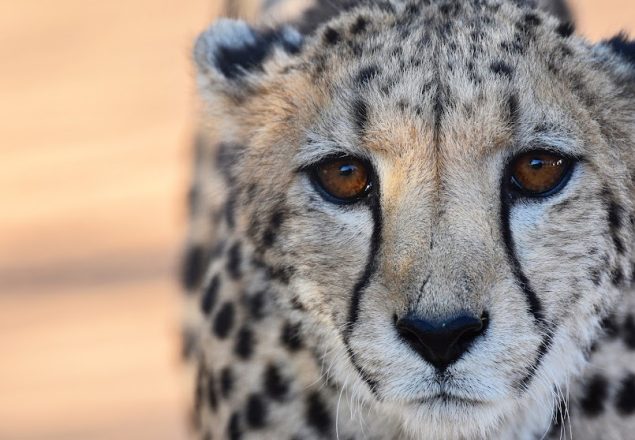 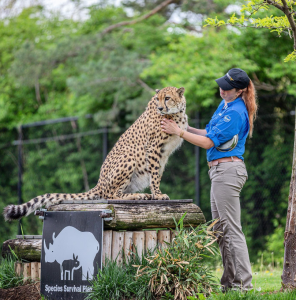 My name is Andie and I am a senior cat ambassador trainer at the Cincinnati Zoo & Botanical Garden.  I have been working with cheetahs for over five years, and while being able to train cheetahs and raise them to become ambassadors is definitely one of the highlights of my job, one of my favorite parts of my career is being able to educate people about conservation, particularly conservation of the African cheetah. That is part of the reason why I wanted to expand my conservation knowledge and impact by doing a master’s program through Miami University. I am currently studying biology through their Project Dragonfly Global Field Scholars program and had the opportunity this summer to travel to Namibia for the program. I have always wanted to visit Namibia for many reasons, but the main reason was to visit the Cheetah Conservation Fund (CCF). The Cincinnati Zoo has partnered with CCF for years to send students there to learn firsthand about the many different conservation efforts they have in place. And Cincinnati Zoo played a key part in helping to support CCF over the years as well. Since today is international cheetah day, I wanted to take this opportunity to share a bit of my experience at the Cheetah Conservation Fund this summer. 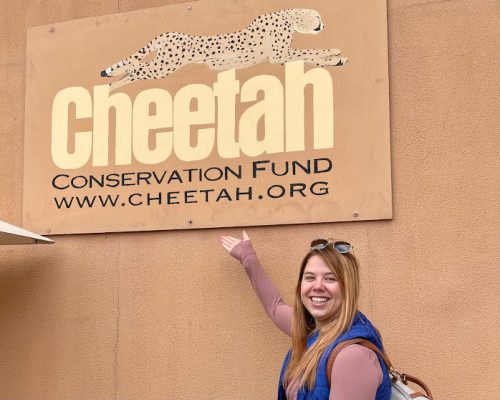 I spent 10 days in Namibia learning all about the great conservation work that is happening to help save cheetahs there. Some of the work that resonated the most with me was actually what they are doing with dogs. Here in Cincinnati, we have working dogs with our cheetahs in a much different way. I wrote a different blog all about our cheetah companion dogs here. 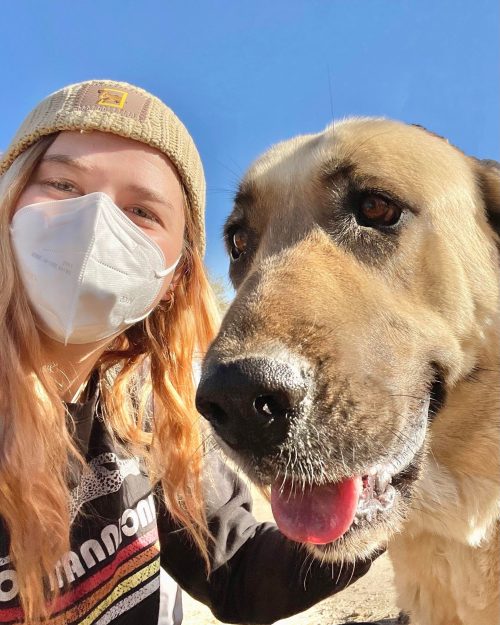 In Namibia, there are two different programs where dogs are helping to save the cheetah. The first one is the scat detection dog program. Dogs are trained to identify cheetah scat with their incredible sense of smell. That scat is collected and brought back to CCFs incredible genetics lab. The geneticists are able to get a ton of insight into the cheetah population by extracting information from the scat like DNA and are then able to have a better idea of what the cheetah population looks like in areas all across the country. When I was there, we got to see two of the scat detection dogs do a training demonstration for us. It was so cool to see how well trained these dogs were, but also how excited they were to participate and successfully do their job. The dogs will go out with their trainer in the field for hours and can find cheetah scat that would be next to impossible for the human eye to spot. By having these dogs, CCF is able to have such a larger sample size of data and are contributing to the conservation of the cheetah in a very unique way.

One of the other highlights of my time there was getting to meet the livestock guarding dogs! These Anatolian Shepherds play a huge role in mitigating human-wildlife conflict. They are placed at farms around Namibia to protect farmers’ livestock from predators like cheetahs. That way farmers do not need to harm the cheetahs or other predators on their land. CCF has a model farm, where farmers can come learn to farm with these dogs and CCF also breeds the dogs to give to farmers. They have had over 715 dogs placed on farms. Since the program has begun the success rate of these dogs has resulted in a 80-100% reduction in losses of livestock to predators! I loved finally getting to meet these adorable giant pups and seeing them in action. 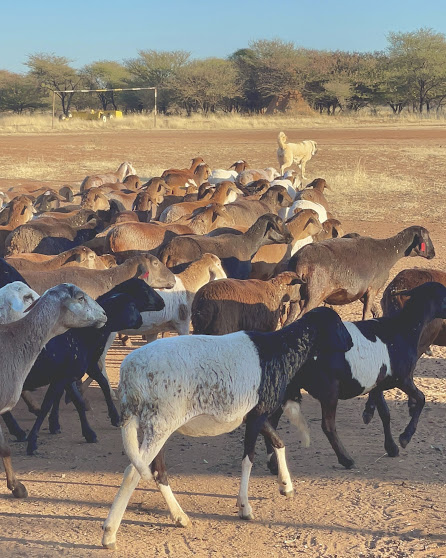 Another highlight of the trip for me was the fact that the property that CCF is on is absolutely beautiful. It is part of the Waterburg conservancy. Conservancies in Namibia are run by different landowners who are committed to helping to save wildlife. Since CCF is actively a part of this conservancy, the time we were there we were surrounded by natural beauty and the possibility of seeing all sorts of wildlife. The whole time I was at CCF we were told there were two wild cheetahs roaming around the property. All week we had seen signs of them, scat and tracks. One morning I got up early and saw them in the distance down one of the roads as the sun was coming up, which to me was incredibly magical, but little did I know on my very last night I would be the one to spot them on our very last game drive. Over five years of looking at cheetahs laying down every day in Ohio finally paid off, we were zooming past them and I recognized their silhouettes on the ground. I was so excited I barely had time to get out my camera, but I did manage to get a few shots of the boys as they made their way toward the beautiful Waterburg cliffside over sunset. 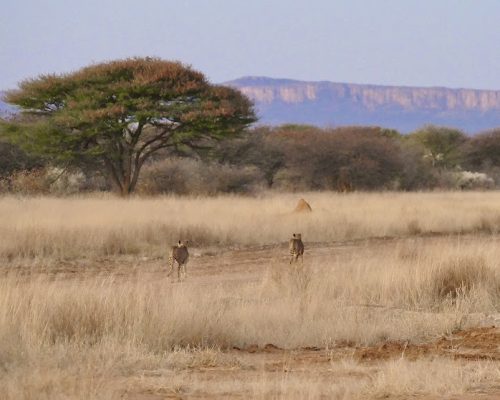 Since returning to Cincinnati, these two cheetahs have also made a journey of their own. They are now living in India. Cheetahs have been extinct in India for over 70 years until two months ago when they were reintroduced with cheetahs that came from Namibia. Two of the cheetahs that made the trek were the wild boys that I had the pleasure to see while I was at the Cheetah Conservation Fund. Just before writing this I found out that they have accomplished their first successful hunt, making that the first cheetah hunt in India in over 70 years! Wild that I got to see them in Namibia and now they are on an entire different continent making history. 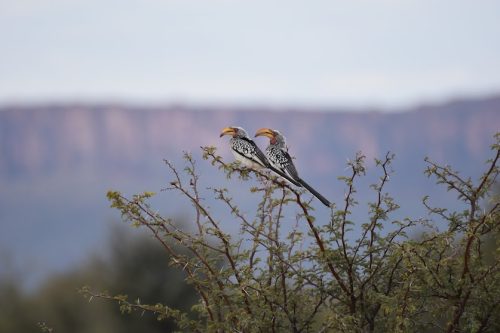 I could go on forever about my incredible time at CCF and their efforts to help save the cheetah, but wanted to share a few personal highlights from having the opportunity to be there myself. If you want to learn more about CCF and the great work that they are doing, head to internationalcheetahday.com and help spread the word about cheetah conservation through #savethecheetah

23 thoughts on “Cheetah Conservation from the Cincinnati Zoo to Namibia”