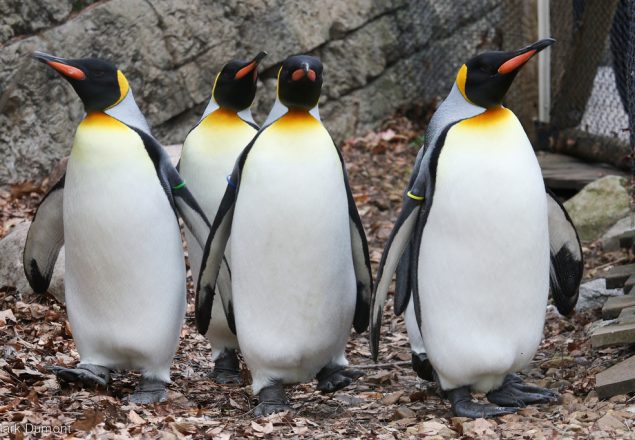 To celebrate everyone’s favorite feathered friends, let me introduce you to all five species of penguins that call the Cincinnati Zoo home: 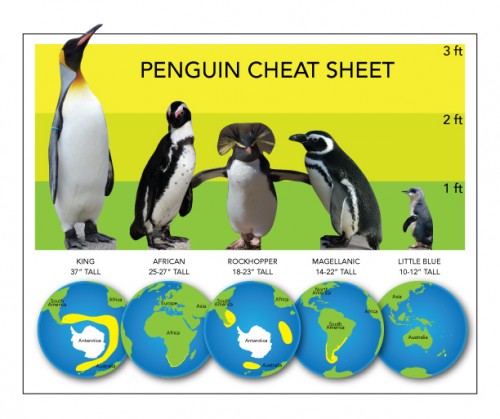 The areas highlighted in yellow on the range maps show where each of these penguin species is found in the wild. As you can see, while all of our penguins hail from the Southern Hemisphere, not all of them live in cold, harsh climates. In fact, three out of the five species we have prefer the warmer weather of Africa, South America, and Australia/New Zealand. Believe it or not, there is even a tropical species that lives on the Equator; the Galapagos penguin (though we don’t exhibit that species at the Zoo).

You might think that climate change wouldn’t be a big problem for the warm weather penguins since they are already used to the heat. It’s true that the Antarctic species suffer directly from melting ice and the die-off of krill, their primary prey, but the African penguin may be in bigger trouble. Even though it lives in a warmer climate and doesn’t live on ice, the African penguin still relies on a cold ocean current to bring its favorite fish, sardines and anchovies, within reach. As the ocean temperature rises, the cold stream moves farther away from the islands off Africa where the penguins live and makes it more difficult to find enough food.

Add to that the threats of oil spills and guano collection, which disturbs natural nest sites, and you can see why the African penguin population has declined more than 60% in the past 30 years. That’s one reason why zoos are coming together to strengthen their efforts to save the African penguin.

The African penguin is one of 10 wildlife species the Association of Zoos & Aquariums (AZA) has committed to saving through the AZA SAFE initiative. Through AZA SAFE, AZA and its members will convene scientists and stakeholders to identify the threats, develop action plans, raise new resources and engage the public in saving the selected species.

A Conservation Action Plan is currently under development for the African penguin  and will focus on the following actions: 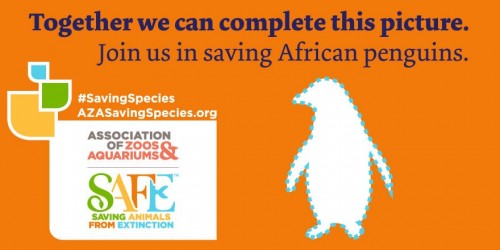 In the last three years alone, 20 AZA-accredited zoos and aquariums contributed about $95,000 to African penguin conservation efforts, but we need to do more. That requires us to partner with organizations on the ground saving penguins in the field. One such organization is SANCCOB (the Southern African Foundation for the Conservation of Coastal Birds), which the Cincinnati Zoo supports with funds raised from our Saving Species and VIPenguin Experience programs.

SANCCOB is a leading marine organization that has treated more than 90 000 oiled, ill, injured or abandoned African penguins and other threatened seabirds since being established in 1968. SANCCOB is an internationally recognized leader in oiled wildlife response, rehabilitation and chick-rearing; contributes to research which benefits seabirds; trains people to care for the birds and educates the public to appreciate this unique heritage. Independent research confirms that the wild African population is 19% higher directly due to SANCCOB’s efforts, and we are proud to work with them. Learn more about the great work they’re doing in this video.