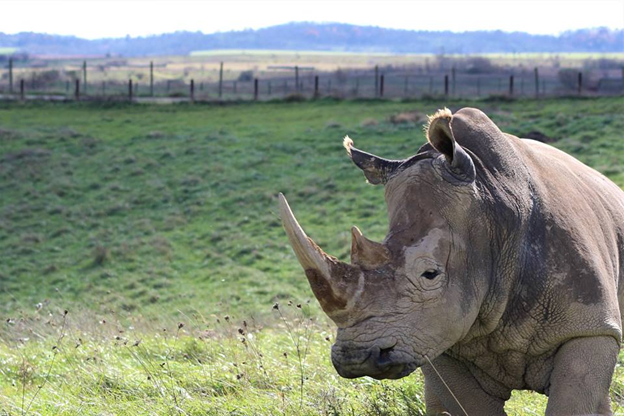 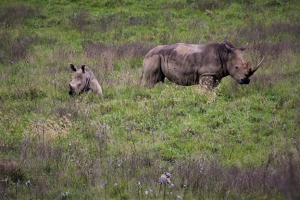 Rhino populations around the globe are imperiled due to poaching for their horns, which are made of keratin (the same material as our fingernails) but considered valuable in some cultures. Maintaining populations of rhinos in human care may help to prevent species loss. The scientists at Cincinnati Zoo’s Lindner Center for Conservation and Research of Endangered Wildlife (CREW) are working with zoos across the country to create sustainable populations and to develop assisted reproductive technologies (ARTs) that may facilitate offspring production. 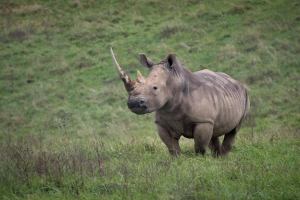 Last week, Drs Monica Stoops and Jessye Wojtusik of CREW collaborated with the staff from The Wilds to collect semen from 1 white rhino and 1 Indian rhino. The collections were planned as part of the RARE (Rhino Assisted Reproduction Enterprise) initiative of a National Leadership Grant awarded by The Institute of Museum and Library Services (IMLS) in 2014. The semen will be frozen, stored in CREW’s CryoBioBank, and used in future ART trials, such as artificial insemination. 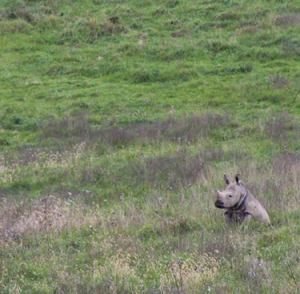 Over the life of this grant scientists and staff led by Dr. Monica Stoops, have collected and banked semen from 28 rhinos, conducted multiple artificial insemination procedures, and trained staff at facilities across the country in ultrasonography, endocrine (hormone) analysis, and sperm collection and cryopreservation.

Earlier this year, scientists from Cincinnati Zoo collected sperm from an Indian rhino at Zoo Miami and assisted with the artificial insemination procedure at the Buffalo Zoo that resulted in a pregnancy! 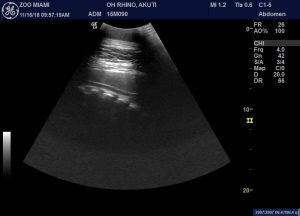 More great news for rhinos! Zoo Miami’s 6-year-old greater one-horned rhino Akuti is pregnant as a result of an artificial insemination performed by Cincinnati Zoo’s Dr. Monica Stoops on January 9th. If she successfully delivers the calf, it will be the first of its kind in the U.S. that was conceived through induced ovulation. Ultrasounds show distinct ribs and a backbone and a strong beating heart! With a gestation of close to 16 months, the due date for this very special baby is sometime in April of 2019!

It takes collaboration and teamwork to save species!