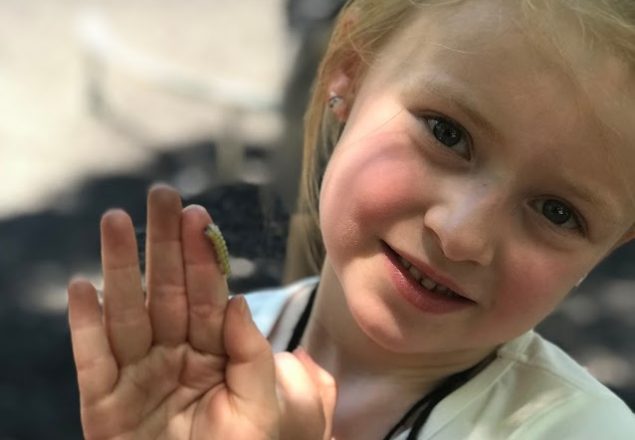 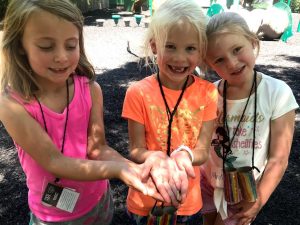 Are mosquitoes bugging you? What are the best ways to protect yourself while protecting pollinators?

It’s a terrible irony, but at the same time the public is becoming aware of the increasing pressure on pollinator numbers and their tremendous importance to our food supply and the balance and health of the environment, here come many new products and spraying services that promise an Eden devoid of bites.

Before you find yourself staring blankly at a wall of pesticides at the hardware store or being pressured by a salesman into expensive, repeating insecticide applications, here are some thoughts on the full implications of their use and a few easy steps that effectively control mosquitoes while causing no harm to butterflies, bees, other pollinators, and wildlife. 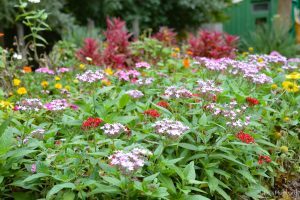 The best control is prevention! Removing places of standing water will reduce your mosquito population more than any poison. Check for items in the yard where water collects and fix the problem. Gutters are a prime culprit, so be sure to check them first. In places where standing water is desired or cannot be avoided, use mosquito dunks that kill mosquito larvae biologically while not harming anything else. Then, talk to your neighbors about taking these same, common-sense steps. 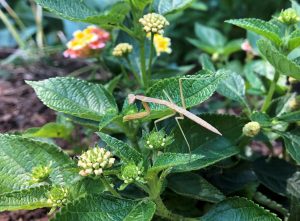 A landscape rich in plants of all kinds builds a better home for wildlife by creating habitat for a wide variety of animals that feed on mosquitoes and helps lower their numbers. Applications of pesticides disrupts natural cycles by killing beneficial insects that prey on mosquitoes which throws the ecosystem out of balance and into the favor of mosquitoes and other pests.

The Concern With Insecticidal Sprays 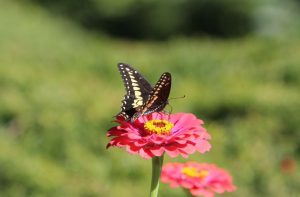 None of the chemical pesticides used for mosquito control target only mosquitoes. The most commonly used group of chemicals are pyrethroids, which are synthetically produced derivatives of pyrethrum, a poison found in the flowers of a few chrysanthemum species. Pyrethroids appear in a variety of products under many names. It is important to know that these pesticides, despite being derived from plants and sometimes called “natural” or even “organic,” are powerful poisons that kill honeybees, native bees, butterflies, moths, fireflies, beetles, spiders, ants, dragonflies, mayflies, and other insects they contact. In even small quantities, they also kill fish and other aquatic organisms. They persist in treated sewage effluent, often at levels that can kill invertebrates. In humans and other mammals, they are generally considered a “safe” insecticide, although they are very toxic to cats.

In the environment, pyrethroids normally break down within a few days, although some formulations are advertised to last for much longer. Either way is bad news. If the pesticide breaks down quickly, re-applications with all the associated harm to non-pest insect populations then become necessary. If the pesticide persists, it continues killing any butterfly, bee, or other insect that walks or feeds on sprayed surfaces. 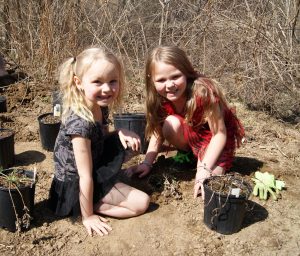 What Should Homeowners Do?

Although often over-sensationalized, there are very real public health issues associated with mosquito populations. However, given the complexity of balancing human health with a healthy environment, the prudent solution for homeowners is to take the positive steps of providing an environment filled with a diversity of pollinator-friendly plants while eliminating standing water. The decision to spray insecticides for mosquito control is better left to public health and environmental experts through an open, public process.