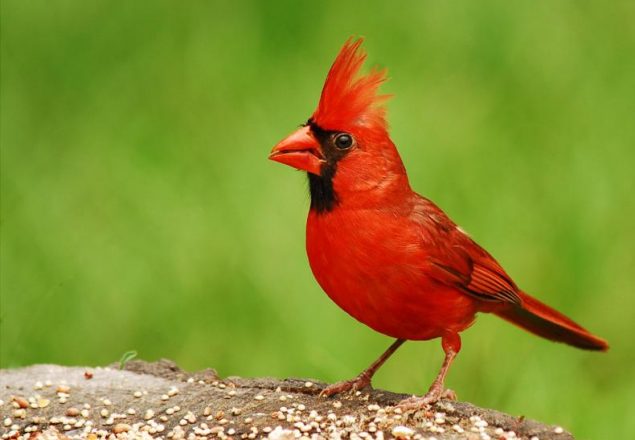 Growing up in a rural part of West Virginia, I’ve always been close to wildlife. Living nestled in the verdant hills of the Mountain State, my childhood days were filled with watching songbirds, finding salamanders in the backyard creek, and observing insects buzzing from plant to plant. These experiences kindled a deep love for nature in me that still exists to this day. Not only did I grow up loving wildlife, but I also loved our pet cats. All eight of them! My family loved all animals, and we had a soft spot for rescuing the local strays. We, as many people do, had the belief that cats are animals that belong outside, like all wild animals. So all eight of our cats were allowed constant outdoor access. We believed that allowing them to free-roam was essential to keeping them happy and healthy. In fact, some of my favorite memories were playing with my kitties in the backyard or watching them roll happily in the grass underneath the sun.

As I grew older, I always thought people who kept their cats indoors were either overprotective or even cruel. Why trap such a curious, independent animal inside all the time? It wasn’t until I got my own cat as an adult that I began to understand, and I slowly became aware of what cats were doing to the wildlife I grew up loving. I always knew cats killed birds, rodents, reptiles, and even bugs, as my childhood was filled with ‘presents’ our cats would hunt and leave for us on the doorstep. But it wasn’t until I heard the statistics that the scope of it all really sank in.

Every year in the United States alone, domestic cats are estimated to kill over 25 billion[1] small animals.  They have single-handedly caused the extinction of 63 animal species[2] around the globe, and are the main threat to 14%[3] of the world’s critically endangered small animal species. The International Union for Conservation of Nature (IUCN) has also named them one of the world’s worst 100 alien invasive species[4] (invasive species are those introduced from another ecosystem, that end up harming the native habitat they’ve been introduced to).

These numbers greatly saddened me. It’s hard to learn that your beloved pet is harmful to the wild animals you also love. And it pained me to think that my cats had contributed to the decimation of the native animal species that I grew up loving. Surely there was a way I could give my cat a happy life while also protecting wildlife.

After a fair amount of research, I learned the best thing I could do is to spay/neuter my cat. Outdoor cat populations have grown out-of-control because they reproduce exponentially. One female cat can have up to three litters per year, with 5-7 kittens per litter.[5] This can lead to 200 kittens over the cat’s lifetime! Add to that fact that every female kitten from that initial mother cat can also have the same number of kittens over their lifetimes, and populations explode! I also learned that even though I had decided to keep my cats indoors, spay/neutering them is still important. If they accidentally got outside, they could still reproduce with other unfixed cats, even if they are only out for under an hour! (Learn more about how the Zoo and our Cat Ambassador Program partners with the Joanie Bernard Foundation to spread the word about housecat spaying and neutering programs available at low cost or no cost.)

Another important factor of the problem is allowing pet cats outside. There are about 80 million feral and stray cats in the U.S.[6], which kill billions of wild animals annually. Pet cats that are allowed outdoors vastly increase these predation numbers. Keeping pet cats indoors is a great way to reduce wildlife predation while keeping your pet cat safe from outdoor threats (car accidents, other predators, injury & illness, etc.).

While it was hard to realize the harm my cats were doing to the environment, it was great to learn that I could help to protect wildlife and give my cat a good life. As cat owners, we all want to do right by our cat. But as stewards of wildlife, we also want to build a better home for the wild animals and plants we love. Understanding that cats are an issue for many conservation efforts is the first step in protecting our native species. Taking the further steps of fixing cats and keeping them inside, makes everyone a conservationist! Merely taking action as a pet owner allows us to make the world a better place for wildlife and cats one small step at a time!

[5] Parrets, S. (n.d.). On average how many kittens can one cat have in one year? The Nest. Retrieved from https://pets.thenest.com/average-many-kittens-can-one-cat-one-year-7043.html.

One thought on “Build a Better Home for Wildlife, Starting with Your Pets, Part 1”