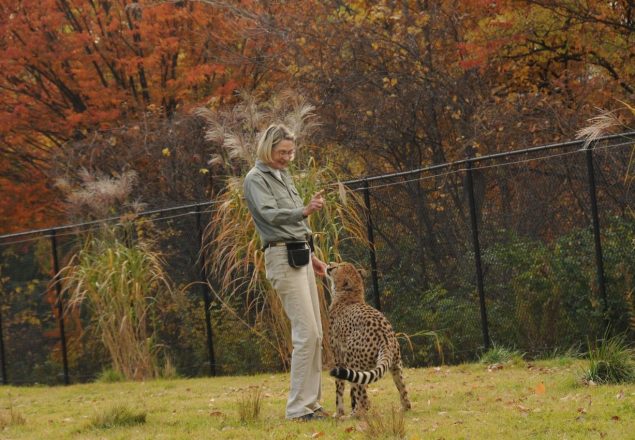 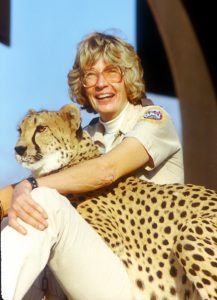 Today is a great day for celebration at the Cincinnati Zoo, as it is the 90th birthday of Cathryn Hilker, the woman who founded our Cat Ambassador Program and launched the zoo’s ongoing efforts in African predator conservation.

Nearly 60 years ago this tall, lanky, Warren County Farm Girl walked into the Cincinnati Zoo, and the place hasn’t been the same ever since.

In the 1960s Cathryn Hilker founded the Zoo’s 1st outreach program to schools, using films and illustrations in her presentations.

In the early 1970s, together with Barry Wakeman, she helped establish the Cincinnati Zoo Education Department, and in 1976 she convinced Jack Maier, the owner of Frisch’s Restaurants at the time, to sponsor the legendary Frisch’s Outreach Program, which took wild animals into the classrooms of tens of thousands of students every year. 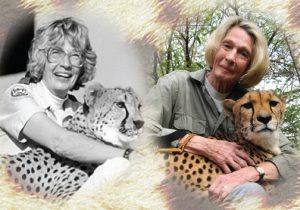 In 1980 Cathryn began the work for which she will always be known, the Cincinnati Zoo Cat Ambassador Program.  Beginning with ‘Scruf’ the African Lion, ‘Carrie’ the Cougar, and her beloved ‘Angel’ the Cheetah, Cathryn has put the Cincinnati Zoo on the map as a leader in wild cat education and conservation.

In 1992, following the death of Angel, Cathryn established The Angel Fund, through which she and the supporters of the Cincinnati Zoo continue to partner in effective ways to protect wild cheetahs and their habitat in southern and eastern Africa.  Once in drastic decline, today there are numerous efforts working to stabilize their numbers and there is hope for this fastest of animals a century from now thanks to Cathryn’s work and the support of The Angel Fund. 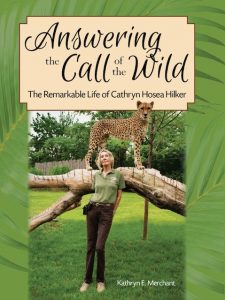 We’re excited for the release of a biography that chronicles her amazing life.  The book is titled, Answering the Call of the Wild: The Remarkable Life of Cathryn Hosea Hilker.

Congratulations to our hero – a woman who never took no for an answer – Cathryn Hilker.

4 thoughts on “Celebrating Cathryn Hilker on her 90th Birthday”