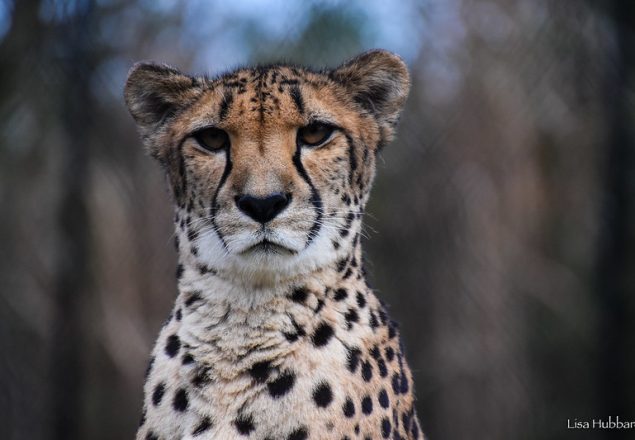 If you are walking through the zoo, you might notice a different cheetah in the Africa cheetah habitat across from Base Camp Cafe! 13-year-old cheetah, Nia, has moved from the cheetah running yard down to cheetah habitat. 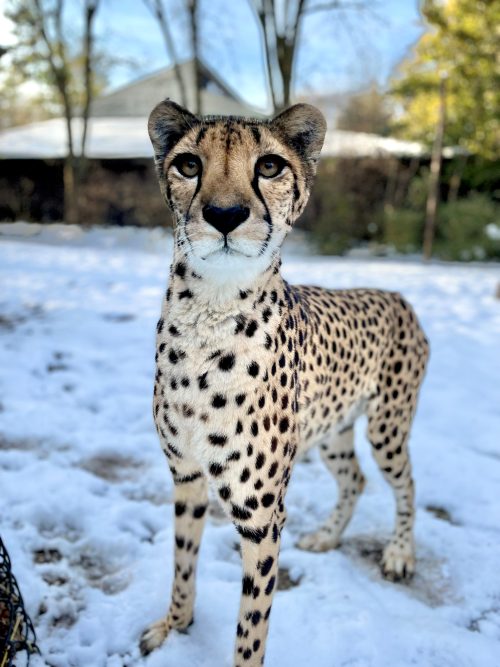 Trainers noticed in the last year or so that Nia has been wanting to spend more and more time outside exploring yards and lounging. She also has slowed down a little bit as she has been getting older. She still enjoys running in the Kroger Cheetah Encounter from time to time, but we thought during the off-season, it would be a good opportunity to give her some more time out in the yard by moving her down to the cheetah habitat. 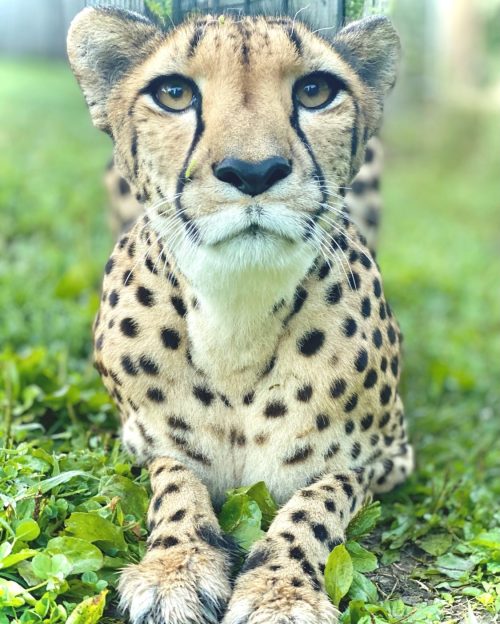 We were then able to bring one of our younger cheetahs, Redd, back up to the running yard to see if he would start being interested in running again. You may know that Redd was born premature, and had a lot of health issues when he was a cub. He is a healthy, happy cheetah now and for the past couple of years has been enjoying time down on the cheetah habitat, but it is always enriching and fun for cats to explore new spaces, so a little house swap happened!

So far both cheetahs are settling in well to their new homes. Nia particularly loves the snow and wintery weather and has been spending all day taking in the new sights. 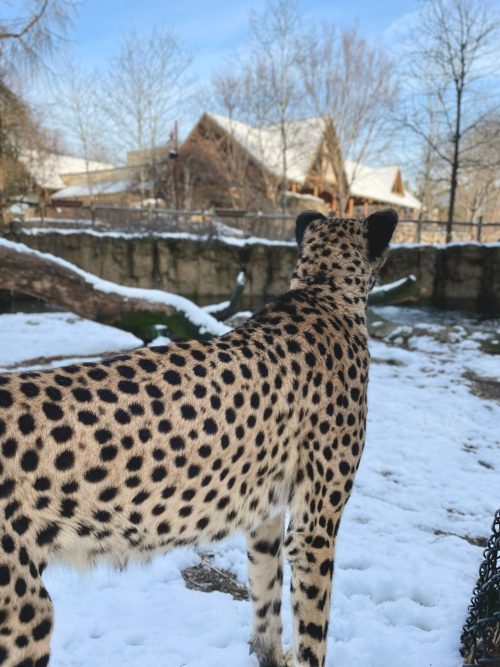